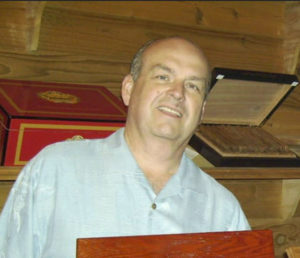 According to the California Department of Insurance, Tom Fallon, 63, and his daughter, Christina Fallon, allegedly embezzled $273,954 from injured workers who invested settlement funds from workplace accidents with Fallon’s company.  Fallon allegedly diverted their funds to his own accounts for his personal use.

“Consumers place their trust in insurance agents and the California Department of Insurance is weeding out the dishonest and criminal agents in this state, one by one,” said California Statewide Law Enforcement Association (CSLEA) President Alan Barcelona.  “It is unfortunate that there is so much fraud involved in an industry that is designed to help consumers when they need it.”

Evidence revealed Tom Fallon suggested two victims who received a $273,974 settlement from a work-related traffic collision deposit their accident settlement funds with him in what’s known as a Workers’ Compensation Set Aside Arrangement, which would provide investment management for their settlement.

In December 2014, the victims received an interest payment check from Tom Fallon that bounced for non-sufficient funds, which raised their suspicions that something was wrong. The victims filed a request for assistance with the California Department of Insurance Consumer Services Division, which led to a criminal investigation that uncovered the alleged crime and revealed Fallon embezzled over $250,000 from the victims and used the funds for his personal expenses and business ventures, including Big Daddy's Cigar lounge in Naples.

The Los Angeles County District Attorney's Office filed a criminal complaint against Tom and Christina Fallon on July 14, 2017, charging two counts of theft by embezzlement and 15 counts of money laundering including white collar crime enhancements. If convicted of all charges, the Fallons face a maximum sentence of more than 16 years in state prison.