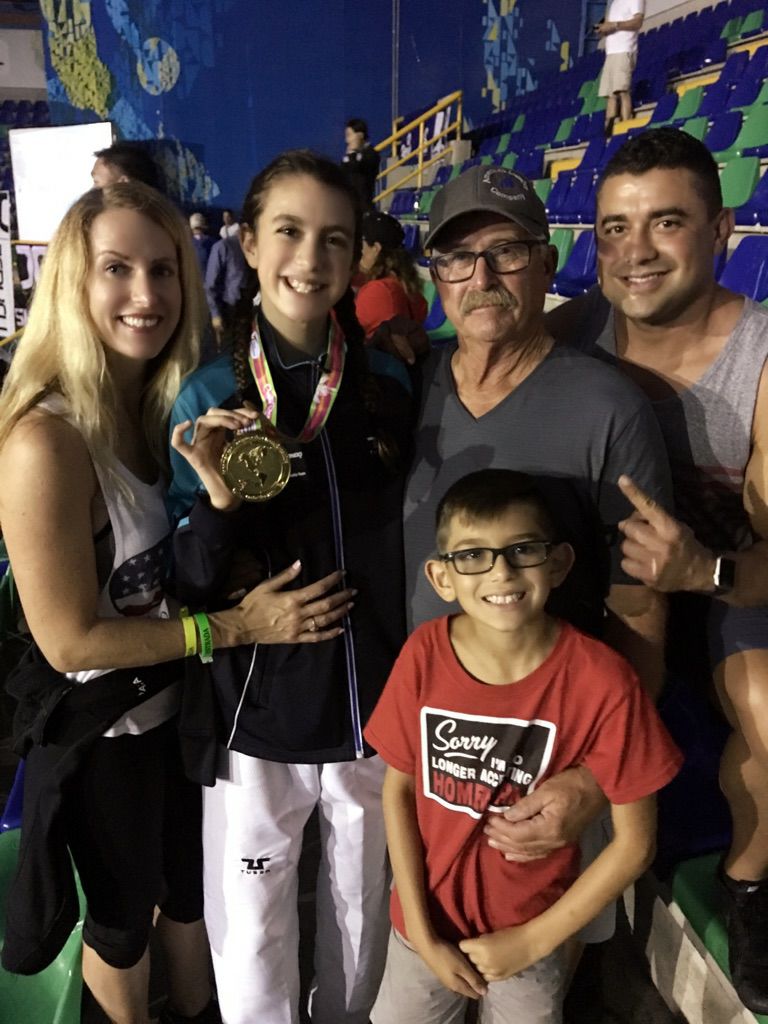 “Wowza,” Tara wrote on her facebook page.  “Sitting here reflecting on this amazing opportunity Sophia had to represent Team USA at The Pan Am Championships & how incredibly proud of her we are for earning her spot on the team and bringing home the Gold  for the Cadets! The late nights, long drives, homework in the car, missing out on stuff, sore muscles, hard workouts, endless learning & striving to be better...this one moment, helps make it all worth it!”

Sophia has become somewhat of local celebrity, featured in the local newspaper and on television, as she won one championship after another here in the United States and earned a spot on the U.S. team competing at the Pan American Games.

Sophia began taking taekwondo classes when she was five and works very hard at perfecting her fight.  Her mother, a CHP dispatcher spends a lot of time getting Sophia to practice and competitions, but wouldn’t have it any other way.

“Competitions like this remind us what all her hard work is for.  Seeing her up on the podium receiving her gold medal with our National Anthem playing is indescribable! Honestly, we’ve been beyond blessed.  Sophia works so hard on everything she does. She has a BIG heart; she’s compassionate, funny, determined, hardworking, a little stubborn and has strong beliefs.  We couldn’t be prouder of the person she is,” said Tara.

David Garmany, a coach of Sophia’s was quoted on Recordnet.com: “To be the best black belt in America is so rare and to make national team and she did it with a dominant score.  She’s been a dominant state champ for six years.  There has not been a black belt in California like her.  She’s just been dominating the state of California.”

Sophia dominated in Costa Rica and will now travel to Mexico City in October to compete.

“CSLEA and CHP-PSDA not only congratulate Sophia, we stand in awe,” said CHP-PSDA President Tina Brazil.  “We also recognize the time, effort and love her parents put in.  This is a family affair and we know they are proud." 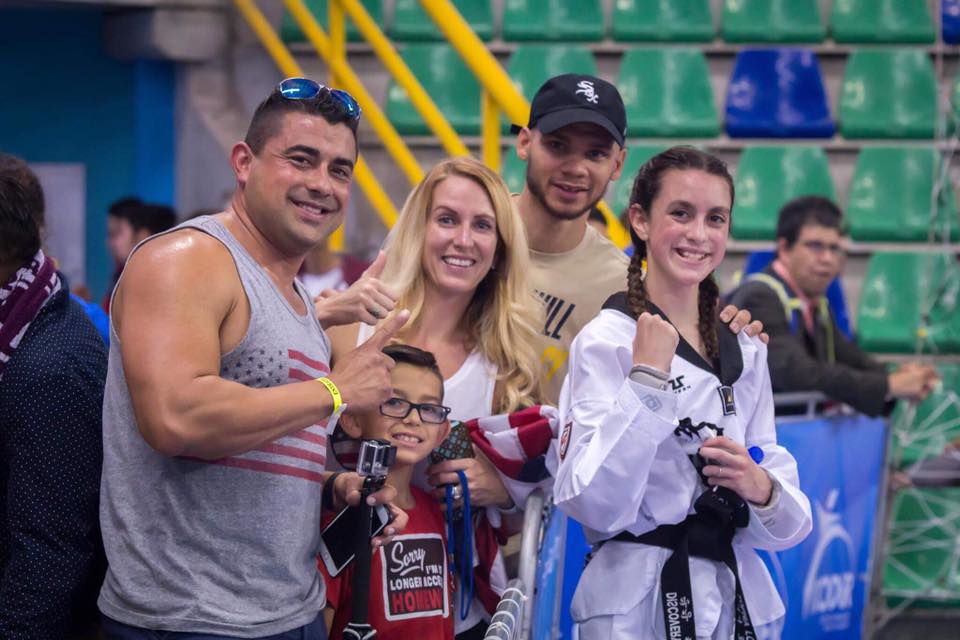