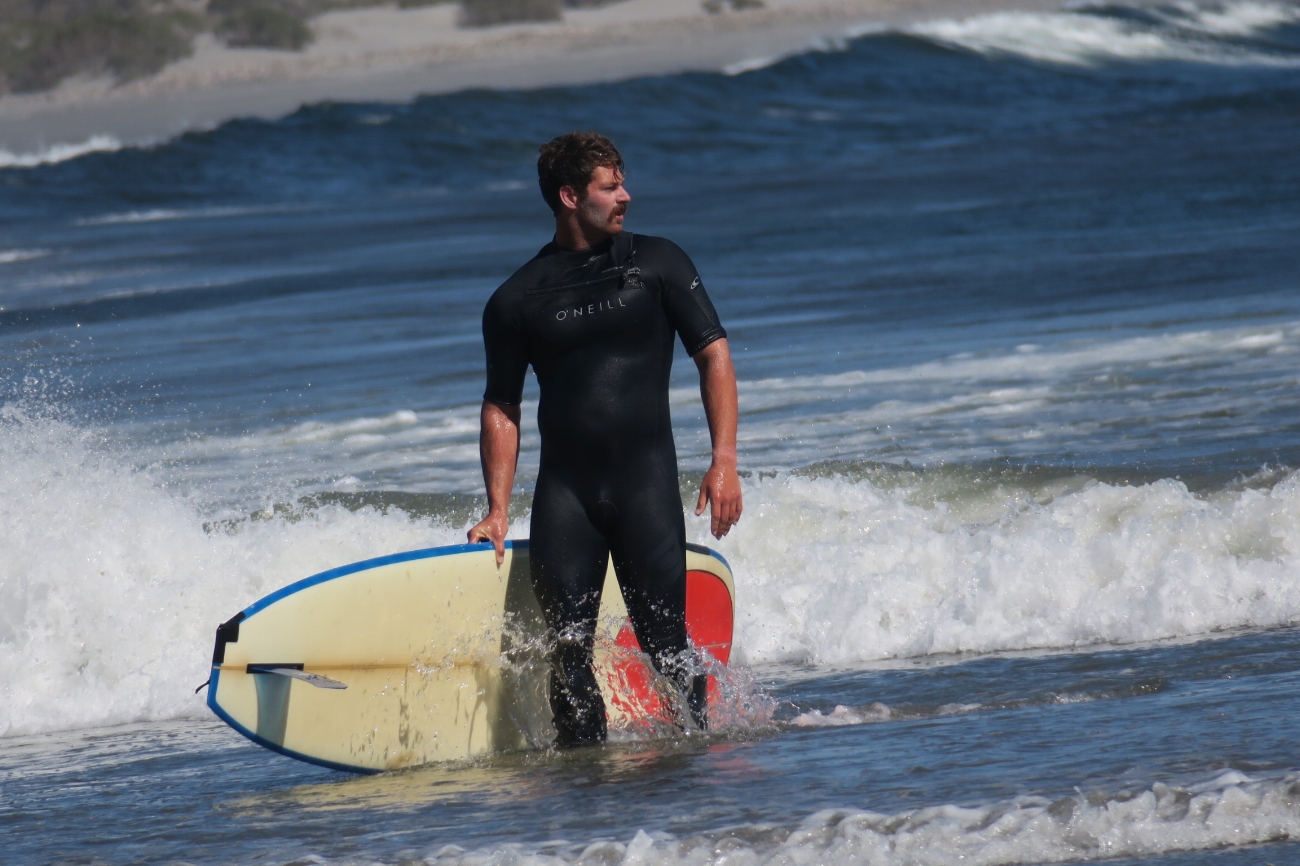 CARLSBAD -  On August 17, 2017, California Statewide Law Enforcement Association Seasonal Lifeguard Member Alex Shaner, 26, suffered a broken neck while bodysurfing during a break in his lifeguarding  duties as a City of Carlsbad lifeguard.  He also worked as a seasonal lifeguard for the California State Parks and Recreation Department.

The bodysurfing accident left Alex unconscious in the water.  He was rescued by nearby body boarders, Carlsbad City lifeguards, State Parks lifeguards, and three off-duty firefighters.  He was airlifted to Scripps Memorial Hospital where it was determined Alex had broken three vertebrae in his neck.

Alex spent 8 days in ICE where he was intubated and treated for water aspiration.  He remained at Scripps until August 21st when he was transferred to Craig Hospital in Denver for physical rehabilitation.

“While at Craig, Alex continues to progress and improve,” his family wrote in an update.  “He can move both arms, both legs, and on a Thursday, three weeks after the injury, Alex as assisted in standing up for the first time!  One thing that has not changed is Alex’s spirit and attitude.

“We would like to thank everyone for the support that Alex has received from everyone beginning with his rescuers. Thanks to all, because of this support and assistance his family has been able to be by his side through all of this. The amount of gifts, visitors, calls, messages, and prayers that Alex and the rest of the family have received from the lifeguard and firefighter communities, the bodysurf community and anyone else who has heard Alex’s story and lent their support is incredibly humbling. All we ask is that everyone continue their support for Alex as he has a long road of rehabilitation ahead of him and all we can say is thank you! Thank you and we are so excited for our opportunity to pay forward the support that Alex and the Shaner family has received.”

Alex and his family are being assisted by The Pint Project whose mission is to provide assistance and support to first responders and their families who have served their community and are now facing a life crisis.

To make a donation to Alex Shaner via The Pint Project, please CLICK HERE