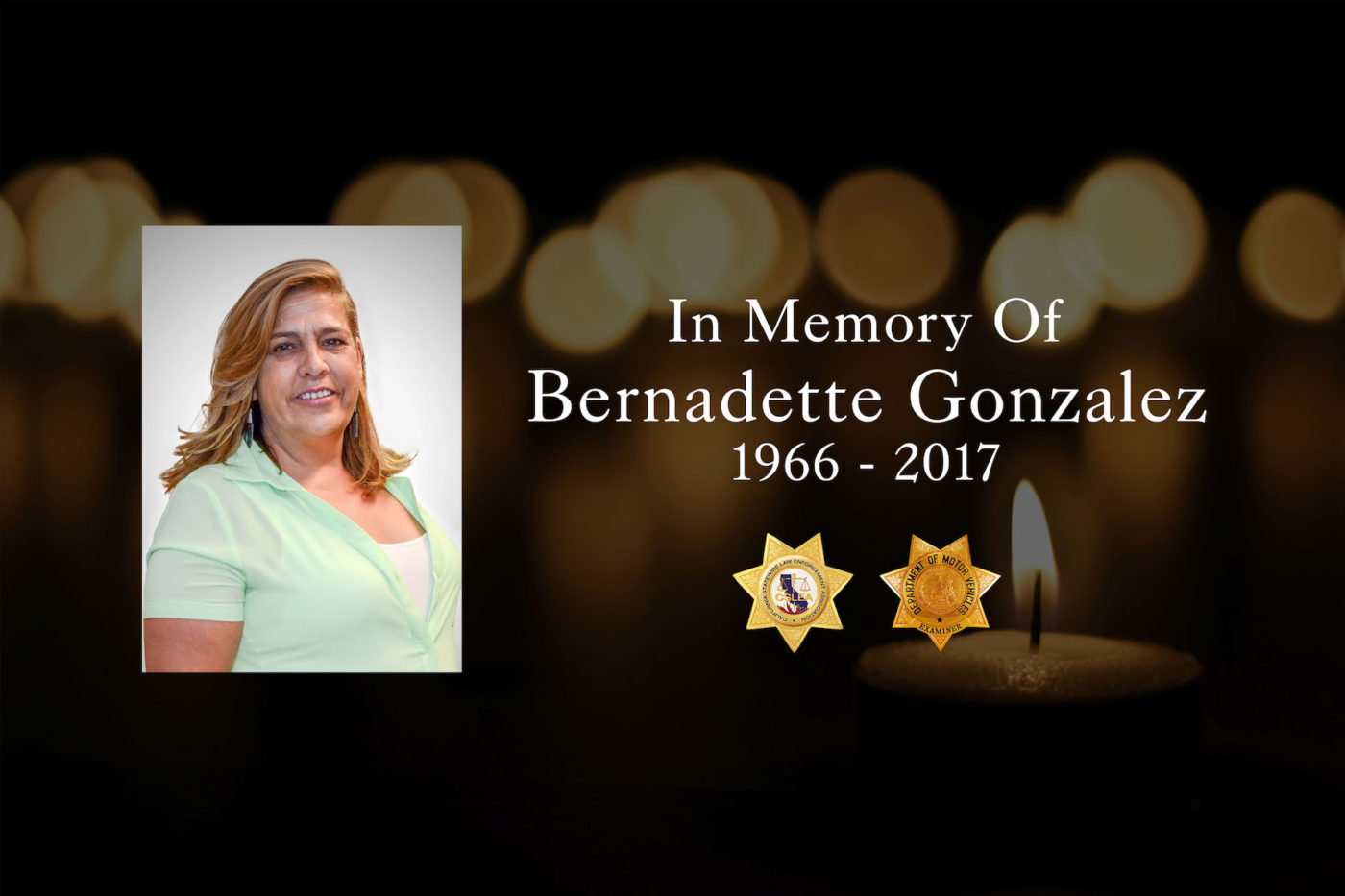 SACRAMENTO - It is with great sadness and sense of loss that the California Statewide Law Enforcement Association (CSLEA) informs its members  that CSLEA Director and California Organization of Licensing Representative Examiners (COLRE) President Bernadette Gonzalez, 51, passed away on Thursday, October 26, 2017.   Bernie died a true and valiant fighter against cancer.

Bernie was a dynamo force for CSLEA with a wind of energy to accomplish the association's mission and goals.   She represented COLRE and CSLEA members to the very best of her ability, right up until her dying day.

"Bernadette was always upbeat and was relentless working on behalf of our members and the union, travelling all over the state to confront those who threatened CSLEA’s existence.  She was a star supporter who educated our members and those who attacked our organization," said CSLEA President Alan Barcelona.

She joined the COLRE board shortly after becoming a Licensing Representative Examiner in 2003 and became president of COLRE and a CSLEA director in June of 2015.

"We were lucky and blessed to have had her with us as she was a true believer in humanity, employee rights, labor associations and the middle class," said Barcelona.  "May our colleague rest in the peace and glory that, I believe, heaven has to offer.  Please keep her family and friends in your thoughts and prayers." 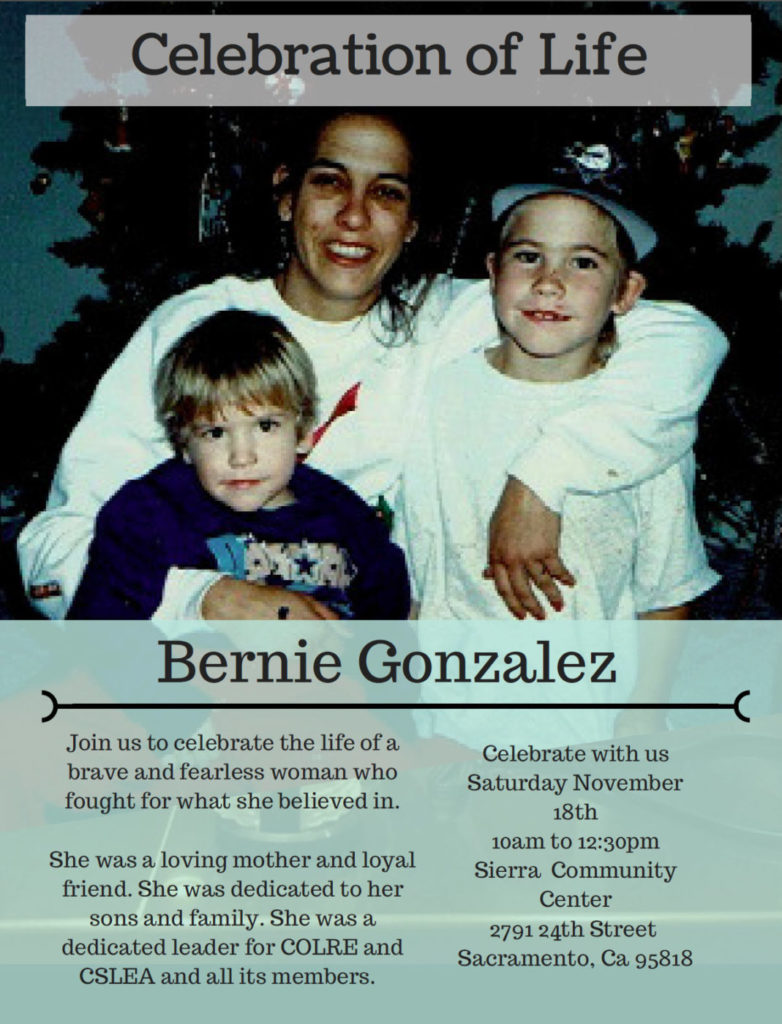