What Happens When Unions Diminish or Disappear? 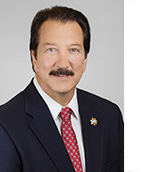 There will be a lot of conversations throughout the end of the year and into 2018 as the country awaits the United States Supreme Court hearing and decision on Janus vs. AFSCME, a case that could make paying dues to unions voluntary for public employees.

As president of a public-sector union, I have spent many years fighting for the rights of employees, for increases to their salaries and benefits, and for their secure retirements.  This is always an uphill battle with wins, and yes, sometimes losses.  But without a strong, vocal group on public employees’ side, I fear the loss column will far exceed the wins.

A glaring example is Wisconsin.  An excellent article to read is CNN Money’s Here's what happened to teachers after Wisconsin gutted its unions.  You’ll read about a drop in salaries and benefits, about teachers going elsewhere to earn a living, about teachers leaving the profession, and future would-be teachers changing their course as they pursue their college degrees.

There are two kinds of critics of unions – those who will benefit from a business world where unions don’t exist – and some union dues-paying individuals who don’t look further than the deduction from their paychecks.

You just have to go back in the history books to know workers have had to fight every step of the way for their rights, their breaks, their time off, their vacation pay, their salaries, their medical and retirement benefits.  They say history repeats itself.  In this case, I hope not.  I hope we have learned that together is better.  I hope we stand against the effort to erode all that workers and their unions have fought for.

Look at the source of the anti-union campaigns.  Those pushing the agenda to reduce unions and their political strength are mostly rich, right-wing individuals whose goal is to weaken the Democratic Party, the working class, and those who fight for fairness in the workplace.

Unions have employees whose full-time jobs are devoted to their members.  These employees work as the voice of members, whether it is at the bargaining table, in a boss’ office, in a courtroom, or at the State Capitol.   Unions employ lawyers, negotiators, membership representatives who are all busy, day in and day out representing and working for members.   When unions are not at the bargaining table, they are laying the ground work for the next negotiations period, meeting with those who can assist with positive change for members, those who can vote yes or no to salary increases.  Union employees counsel members on issues that arise between employees and supervisors. 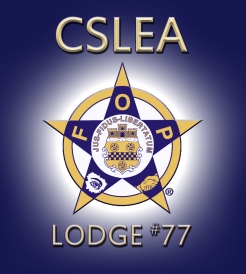 Let me share a story about a group of private sector employees I’m familiar with, who recently voted in a union to be their voice.  Employees were beyond overworked, the long hours that were being demanded of them turned into days and nights with few breaks or lunches, quick turnaround times, and frequent calls to come to work on their days off.  There was no compensation for the extra hours. Employees were so physically and emotionally drained it was not uncommon to see them reach their breaking point, displayed in anger and/or tears.  It was an environment that was putting a strain on employees and their families.  As meetings with unions began and employees were about to vote yes or no to joining a union, the company fired the employees’ immediate supervisor.  The employees saw through this and voted in the union.  Soon after the employees’ general manager was also let go.  The company these employees work for is now being held accountable to honor lunch breaks and pay employees overtime.  The employees look and feel more rested and are beginning to enjoy coming to work again.

If you’ve never worked in that type of environment, be thankful.   If you are a critic of unions, please give some thought to the role unions have in keeping a workplace safe and fair, in increasing benefits and salaries, and in fighting for retirement security.   Unions work together and spend money together fighting to save your pensions.  It is our job to protect what’s yours, what we have fought for, and earned over the years.  We are on a worker’s side.