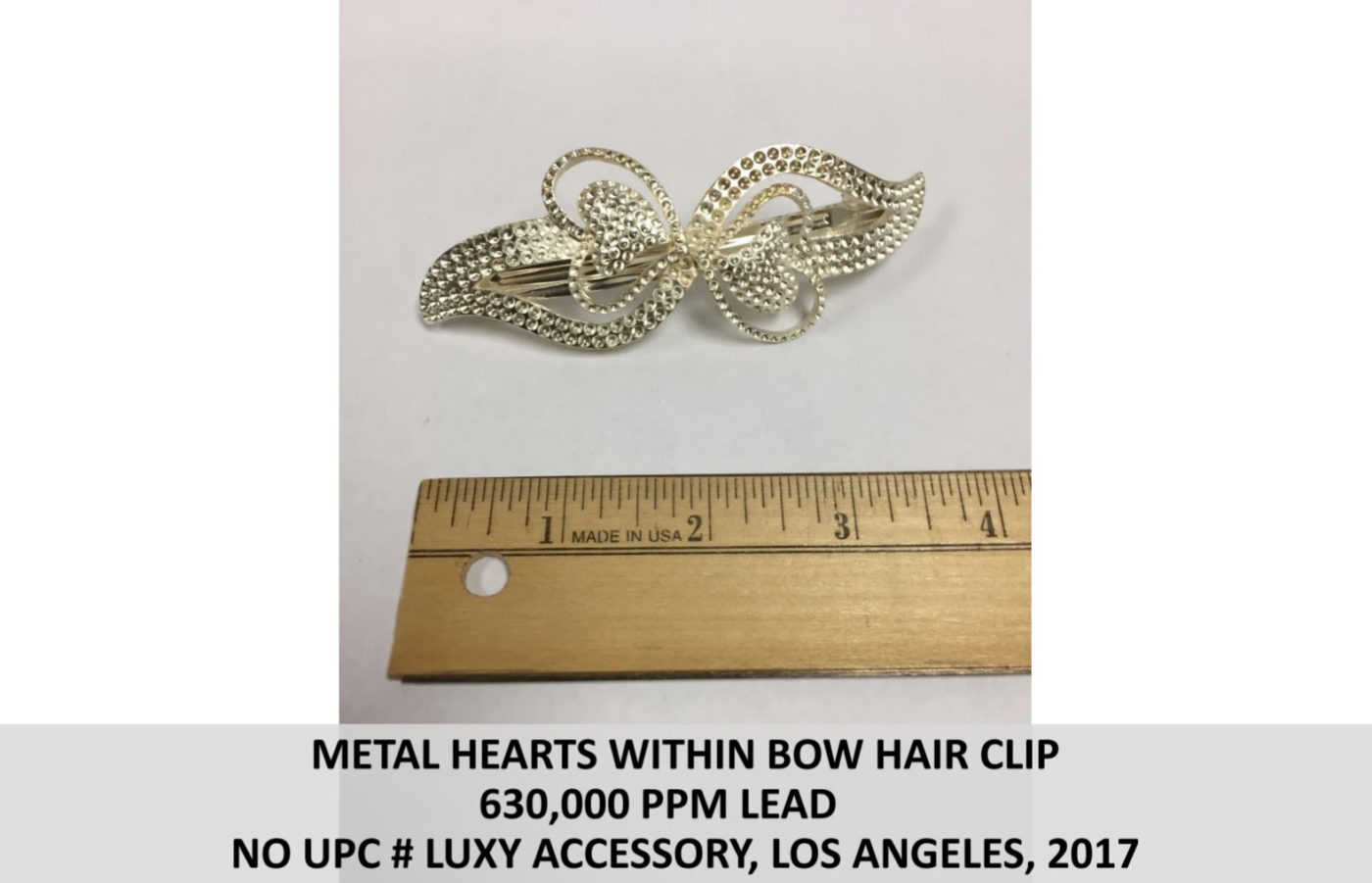 LOS ANGELES – On December 5, 2017, California Attorney General Xavier Becerra filed a lawsuit against Luxy Accessory, Inc. a jewelry distributor based in Los Angeles, and its owner Hyun Sook Kim, for selling jewelry and accessories with excessive levels of lead and cadmium.  Much of the jewelry and accessories are intended for children, and some have been mislabeled as “lead free.”

The lawsuit follows an inspection and investigation by the Department of Toxic Substances Control’s Office of Criminal Investigations.

Selling jewelry with excessive levels of lead and cadmium is a violation of California’s Metal Containing Jewelry Law and the Unfair Competition Law.

Jewelry and accessories with lead or cadmium pose a danger to children who often put these items in their mouths.  Absorption of toxic metals can cause serious illness and chronic health effects including headaches, nausea, vomiting, abdominal pain, muscle soreness, seizures, kidney damage, coma, and, at high enough levels, death. 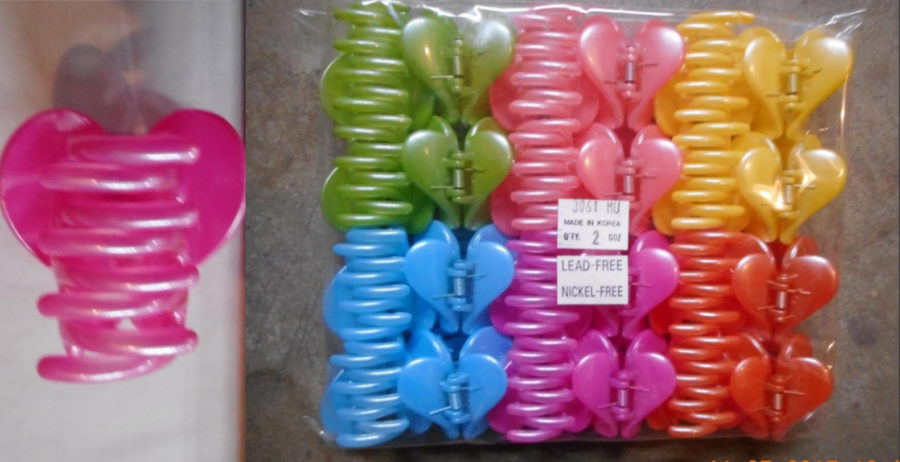 “Kudos to the state inspectors who have repeatedly dealt with this business and business owner, for following up and working to put a stop to this unlawful practice that puts both children and adults at risk of health problems,” said California Statewide Law Enforcement Association (CSLEA) President Alan Barcelona.

“Lead and cadmium are highly toxic metals that can cause a host of physical and behavioral health problems at low levels of exposure, especially for our children,” said Attorney General Becerra. “Luxy has continued to blatantly violate our laws, and in the process, jeopardized the wellbeing of our sons and daughters.”

In 2012, the California Attorney General’s Office sued Luxy and a number of other jewelry distributors for selling jewelry that contained excessive levels of lead. Luxy’s owner and sole employee, Hyun Sook Kim, failed to respond to the lawsuit and ignored repeated attempts that were made to contact her. As a result, in 2014, the Department of Justice obtained a default judgement against Luxy for $145,000 in penalties and injunctive relief. The Department of Justice has since used various judgment enforcement mechanisms to enforce the judgment. 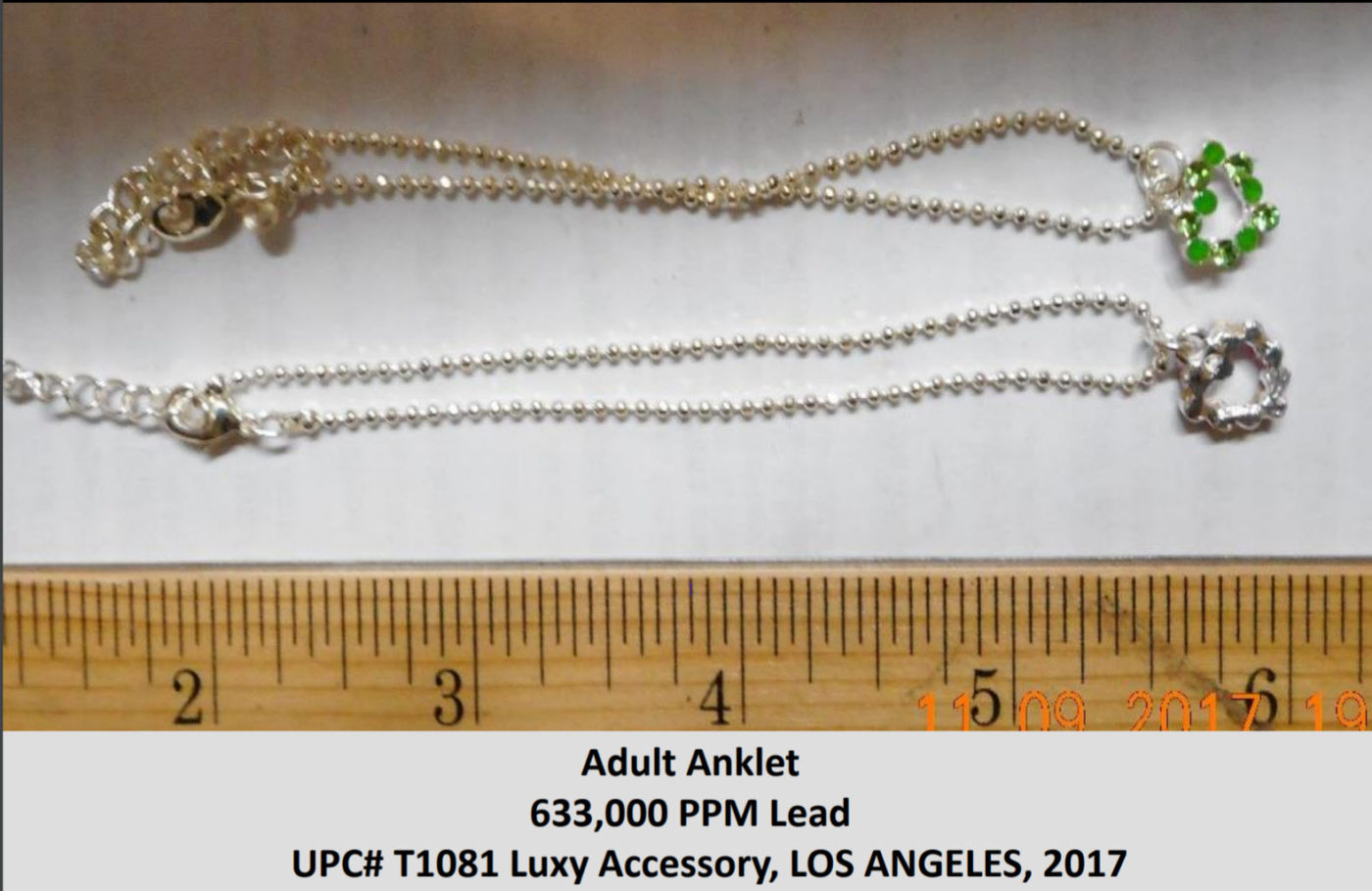 During DTSC’s most recent inspection, which took place on November 7-10, 2017, inspectors found Luxy offering for sale about 110 styles of jewelry that screened high for lead and/or cadmium, according to the Attorney General’s complaint.  DTSC inspectors screened the jewelry and accessories using a portable X-Ray Fluorescence device.  The screened jewelry that tested high in lead or cadmium was collected for further lab testing.   Inspectors identified approximately 150 boxes of jewelry that are suspected to contain excessive amounts of lead and cadmium.

According to the complaint: Inspectors also discovered a labeling machine with “LEAD-FREE NICKEL-FREE” labels and observed the same kind of labels on jewelry that screened high for lead. When an inspector asked Kim how she knows if the jewelry is lead free, she claimed that sometimes she receives the jewelry with lead-free labels and other times she uses her own judgement.