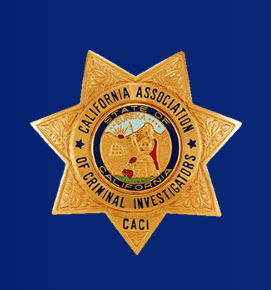 SAN DIEGO -  On December 15, 2017, Matthew Mazur, 53, was sentenced to 35 years and eight months in prison after a jury convicted him and codefendant Carlos Manjarrez, 59, of more than 30 felonies, including grand theft, securities fraud, theft from an elder, and tax fraud. The pair conspired to dupe 17 investors into fronting more than $3.3 million for a device they called the ‘SafeSnap.’  Manjarrez, who hired a new attorney, is scheduled to be sentenced in 2018.

The case was part of a joint investigation with the San Diego County District Attorney’s Office, the Federal Bureau of Investigation, the Oceanside Police Department and the California Franchise Tax Board.

Mazur and Manjarrez made material misrepresentations and omissions regarding U.S. Medical Instruments, Inc., claiming the company was successfully selling ‘SafeSnap’ syringes in the United States and overseas. SafeSnap syringes are described as disposable syringes in which the needle retracts into the syringe’s barrel after use thus creating its own Sharps container. During the course of their scam, the defendants showed potential investors a prototype of the syringe but never manufactured it in a significant quantity as they purported. In addition, Mazur and Manjarrez provided false valuations of the company they were promoting to mislead investors. The majority of the investments they collected were used for personal benefit. In addition, Mazur and Manjarrez would stage business meetings in plush offices in order to make victims believe that a large drug company was about to buy the defendant’s company. A jury convicted both defendants on October 10.

“These types of investigations often take years to investigate and prosecute,” said California Statewide Law Enforcement Association (CSLEA)President Alan Barcelona.  “Kudos to the investigators who worked this case and saw it through.  Fortunately, one of these men is going to prison for a very long time and the other is facing prison time as well.”