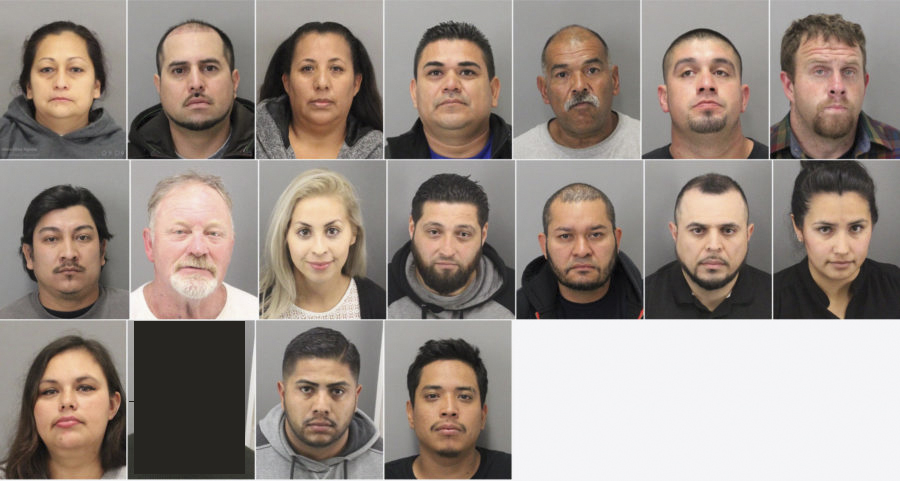 "This large ring of family and friends allegedly conspired to defraud insurers out of hundreds of thousands of dollars," said Insurance Commissioner Dave Jones. "The cost of insurance fraud is shouldered by consumers who pay higher premiums when insurers pass along their losses. Working with our task force partners is critical in combating the multi-billion dollar problem of insurance fraud."

The arrests are the result of a two-year investigaton by the Silicon Valley Automobile Insurance Fraud Task Force, which is comprised of investigators from the California Department of Insurance (CDI) Fraud Division, the Santa Clara County District Attorney's Office, and the California Highway Patrol.

The investigation revealed the Topete brothers allegedly conspired with family, friends and associates who posed as insurance consumers and filed fraudulent claims with six different insurers for collisions that were either staged or never occurred at all.

Evidence revealed many of the claims involved salvaged vehicles, new insurance policies and variations of a name used on other similar claims. In some cases, suspects purchased insurance policies and then intentionally crashed cars into one or more vehicles owned by co-conspirators. All parties then filed fraudulent claims, which resulted in insurers paying the full value of the vehicles after it was declared a total loss.

“California Department of Insurance investigators often conduct lengthy, complex investigations involving dozens of suspects,” said California Statewide Law Enforcement Association (CSLEA) President Alan Barcelona.  “It angers law-abiding consumers that unlawful individuals scheme and scam, padding their own wallets while the rest of us pay more.  My thanks to the investigators who work these cases, make arrests and assist in the prosecution.”

Suspects named by the California Department of insurance.