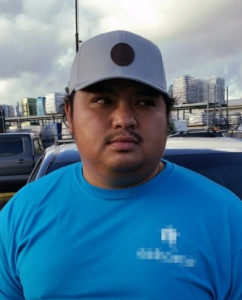 SANTA ROSA – A Santa Rosa man, suspected of contracting without a license and leaving paying customers with unfinished work, is facing numerous felony and misdemeanor charges after he was arrested by Contractors State License Board (CSLB) investigators and Santa Rosa police officers on January 26, 2018.

Tony Van Dang, 30, was arrested at a hardware store where a CSLB investigator arranged to meet him. The undercover investigator placed a call to Dang, based on an advertisement for Dang’s company, “The Perfect Yard,” and scheduled to meet him. Upon his arrival at the store, Dang was taken into custody.

The charges are the result of three consumer cases in Santa Rosa and Sebastopol where Dang allegedly took more than $26,500 from the consumers and provided minimal landscaping work before abandoning the jobs. It is also alleged that Dang failed to pay his workers, in addition, at least one check to a materials supplier reportedly bounced.

Dang has placed numerous ads on the craigslist under the company names, “The Perfect Yard” and “The Best of the West Landscapes.” When Dang was arrested, his pickup truck had magnetic signs on the side with the name and license number of a licensed contractor based in the South Bay. Dang was also wearing a shirt with that company’s name. Investigators are exploring Dang’s possible involvement with that company.

Dang is already facing charges of contracting without a license and illegal advertising after being caught in a CSLB undercover sting that took place in January 2017 in St. Helena (Napa County).

Investigators say it’s likely there are many other consumers who have also been victimized by Dang, and are urging them to contact CSLB Investigator Amanda Martinez by email: Amanda.Martinez@cslb.ca.gov, or by phone at (510) 540-2024.

“Knowing who to hire and how much to pay for a home improvement project can be daunting,” said California Statewide Law Enforcement Association (CSLEA) President Alan Barcelona. “California has a fix for shady, unlicensed contractors and it begins with CSLB investigators and enforcement representatives, on the hunt for those who are breaking the law and leaving consumers in the lurch. We appreciate the efforts of our investigators and enforcement representatives who work daily to keep us safe from harm.”