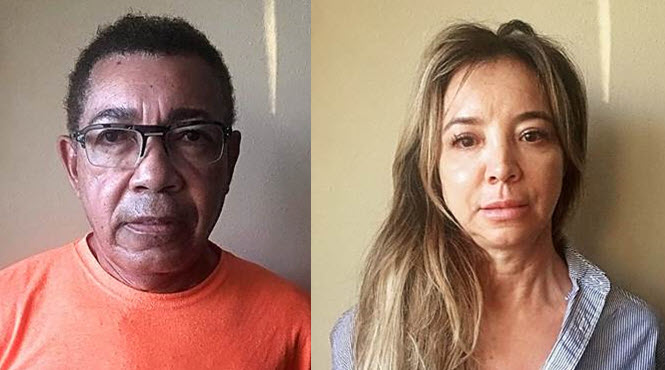 "Chichester and Sias allegedly used their victim's financial resources to live the high life," said Insurance Commissioner Dave Jones. "Crimes against vulnerable seniors are reprehensible. We are focused on aggressively investigating alleged financial crimes against seniors and working with prosecutors to bring those responsible to justice."

“California Department of Insurance investigators are high caliber, pursuing those who scam people out of their hard-earned money, and sometimes life’s savings,” said California Statewide Law Enforcement Association (CSLEA) President Alan Barcelona.   “Their investigations can be very lengthy and extremely complex, but they have proven time and time again, that those who commit financial fraud will be investigated, prosecuted and if found guilty, sent to prison.”

According to department investigators, evidence revealed the suspects, who were licensed insurance agents at the time, earned large commissions by allegedly selling numerous unnecessary and unsuitable annuities to their elderly victim who was in her 80s. The suspects later convinced their victim to liquidate the annuity policies in order to the re-invest the funds in real estate investment trusts, which also earned the suspects additional large commission payments. As a result of their alleged misconduct, the victim suffered financial losses exceeding $300,000.

Evidence also revealed in 2014, Chichester allegedly persuaded the victim to sell him a residential property she owned for half of its market value. No appraisal was performed prior to the sale and some of the money used to purchase the property allegedly came from another victim of Sias' scams. The property was valued at approximately $1,000,000 but the victim only received $68,858.17 from Chichester. In early 2015, the suspects allegedly tricked the victim to file full re-conveyance documents with the Los Angeles County Recorder's Office giving up all ownership rights to Chichester.

The investigation is on-going and the Department of Insurance Investigation Division is concerned there are more victims. If you or a family member have done business with Chichester and Sias and are concerned about any transactions, please contact the Investigation Division at the California Department of Insurance Valencia Regional Office at (661) 253-7500. The department's licensing bureau has revoked Chichester and Sias' licenses.