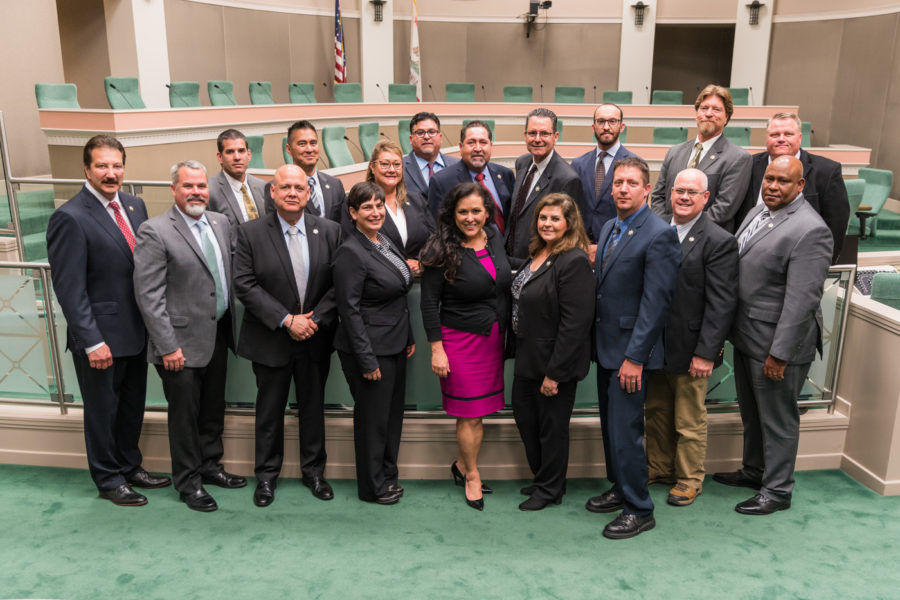 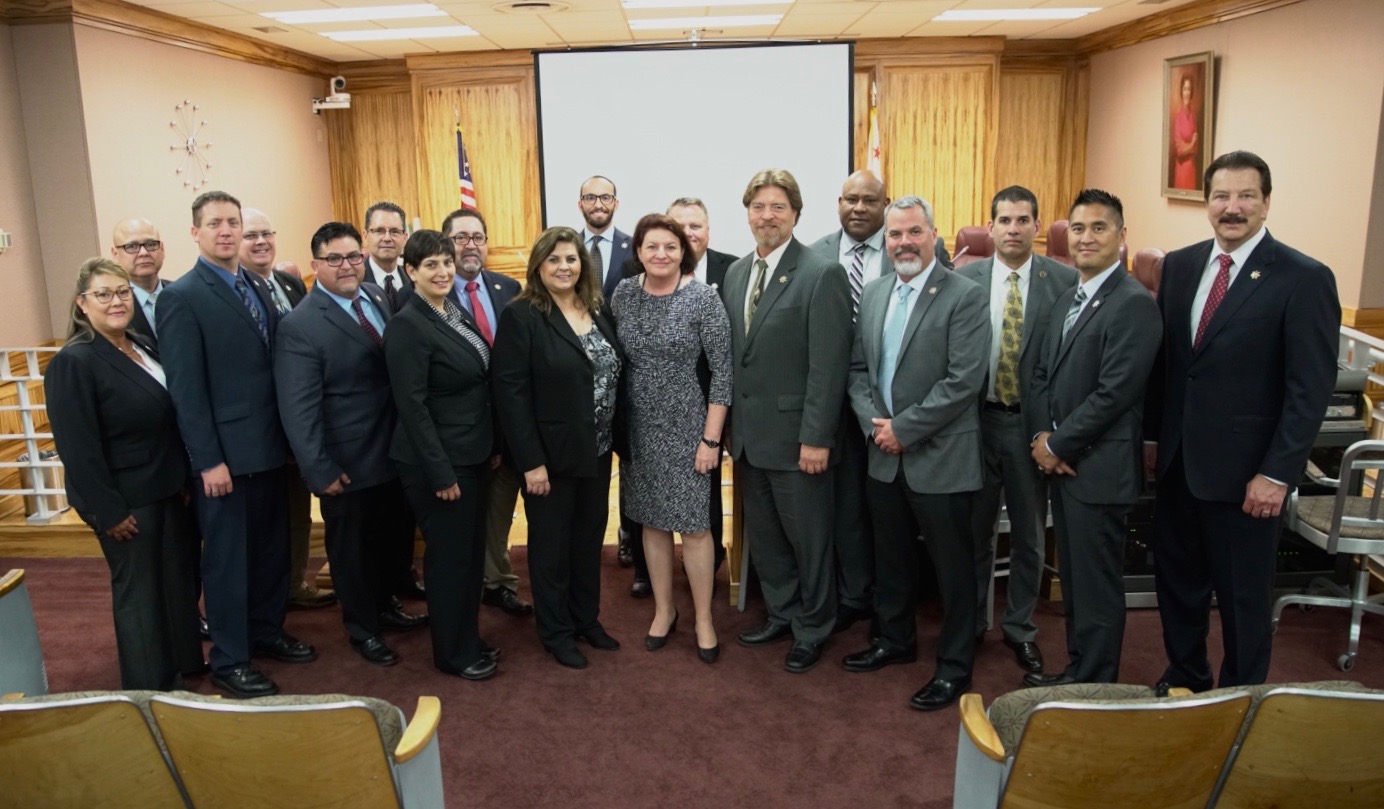 “It is so very important to visit with legislators to build and nurture working relationships,” said CSLEA President Alan Barcelona.  “We rely on that ground work when we are faced with labor and public safety issues.  It can mean the difference between getting a bill passed, or if necessary, squashing it. You need to have access to legislative leaders and be able to communicate with them honestly and effectively.” 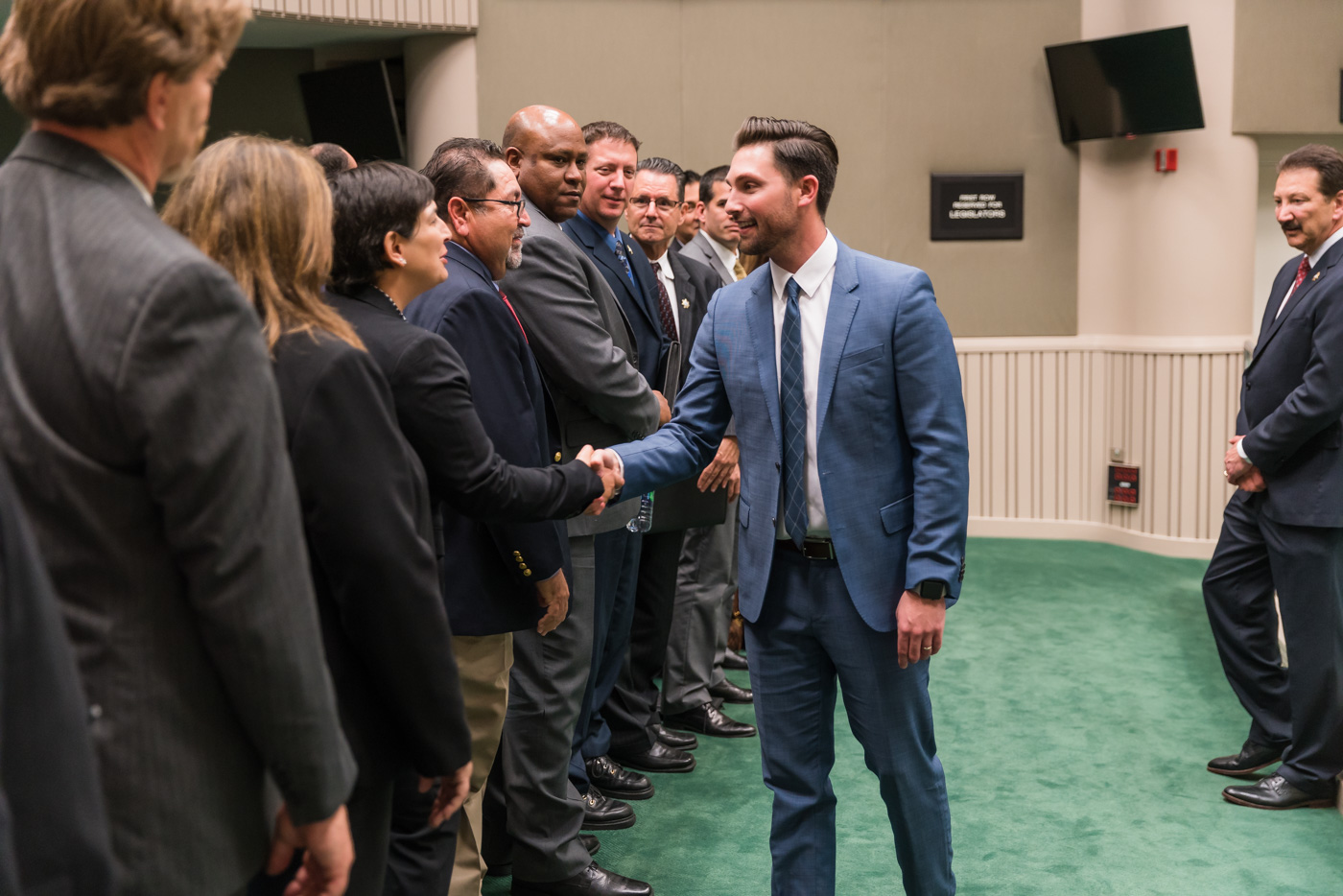 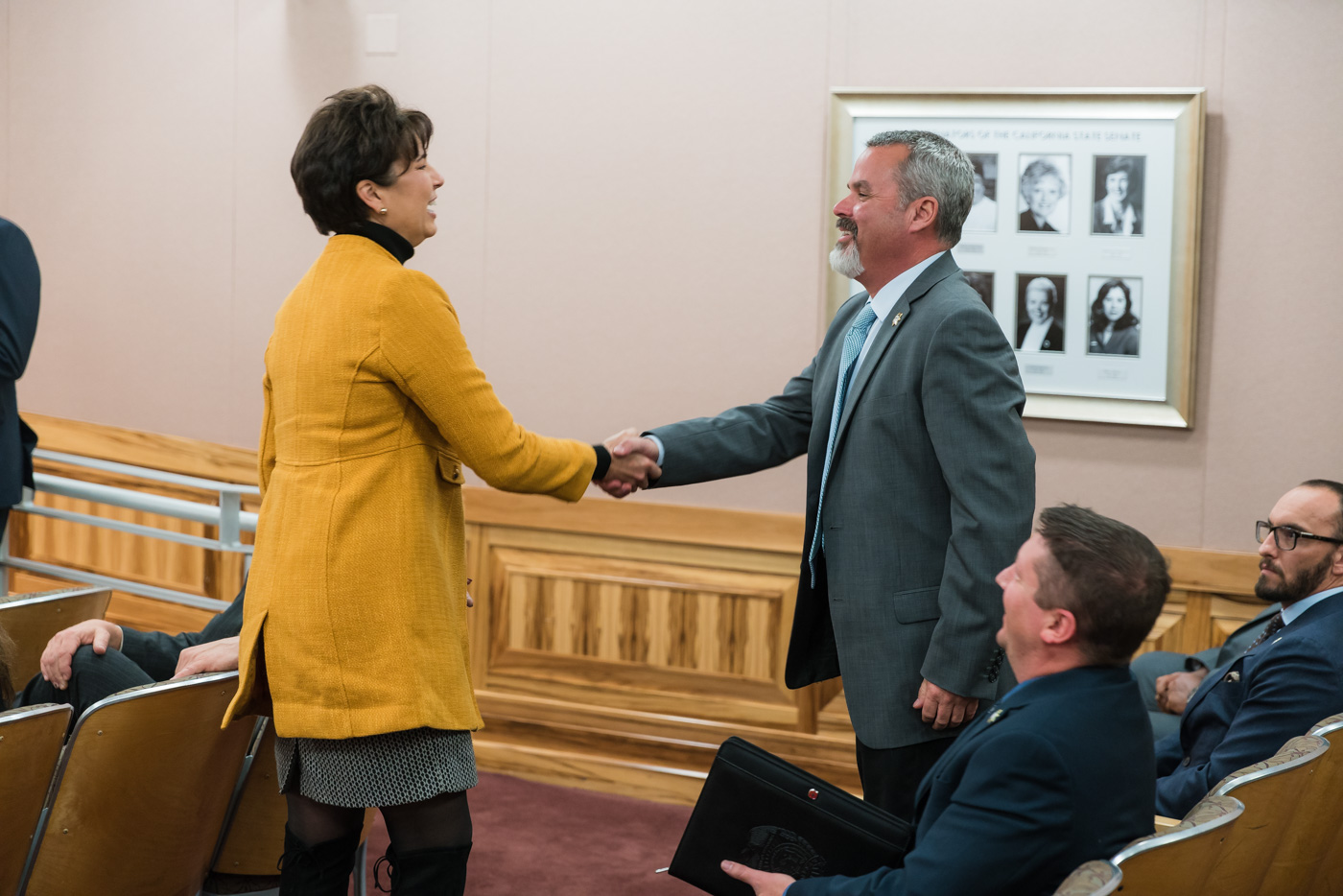 The board meeting began with the pledge of allegiance and a moment of silence for fallen law enforcement officers, members of the military, and the victims recently killed at the Yountville Veterans Home. 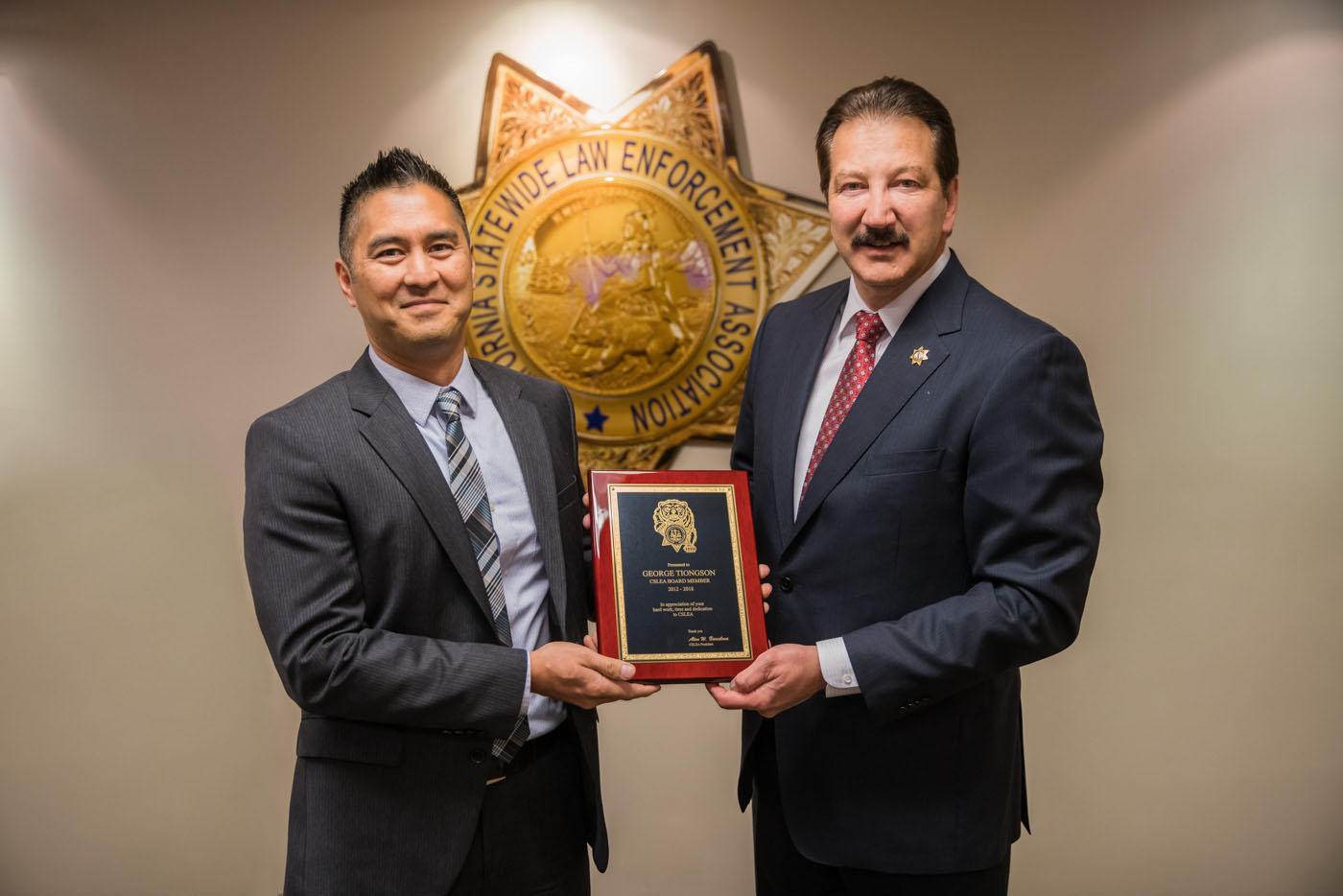 President Barcelona then presented CSLEA Director and California Association of Food and Drug Investigators (CAFDI) President George Tiongson with a plaque thanking him for his six years of service on the CSLEA Board.  Tiongson, an investigator with the California Department of Public Health, is transferring to the Department of Cannabis Control which means he will no longer be in the CSLEA CAFDI affiliate but rather become a part of the CSLEA affiliate, California Association of Criminal Investigators (CACI).

“George is still in our Bargaining Unit 7 family, he’s just moving from one affiliate to another because of his new job,” said Barcelona.  “This is a great career opportunity for George, he will still be serving on our CSLEA committees, but we won’t see him at the directors table.”

“Thank you all, it’s been a great opportunity working with you,” said Tiongson.  “I will still be around serving on committees.” 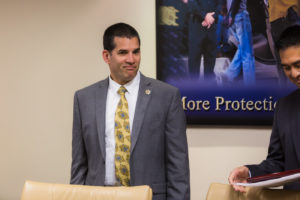 Tiongson then introduced CAFDI Vice President Karl Birusingh who will now serve as CAFDI’s president and a CSLEA director.   The board welcomed Birusingh and expressed that it was looking forward to working with him.

The board then heard the following reports: 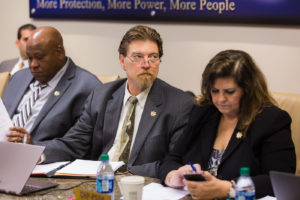 “Great response to the very tragic and sad Yountville shooting incident and addressing the long-term problem with some of our members not being fully equipped to do their jobs to protect and serve,” said CSLEA Unit-B Vice President and President of the California Association of Regulatory Investigators and Inspectors (CARII) President Tom Ineichen.  “It’s nice to see the media department providing information that will help our members and draw attention to their issues.” 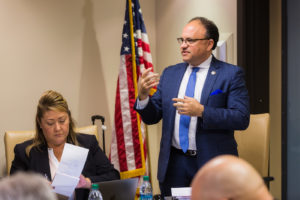 “The push to negatively impact our retirement pensions is a clear and present danger,” said CSLEA Director and Association of Special Agents-DOJ (ASA-DOJ) President Al Cardwood.  “CSLEA must remain vigilant and continue to protect our pensions.” 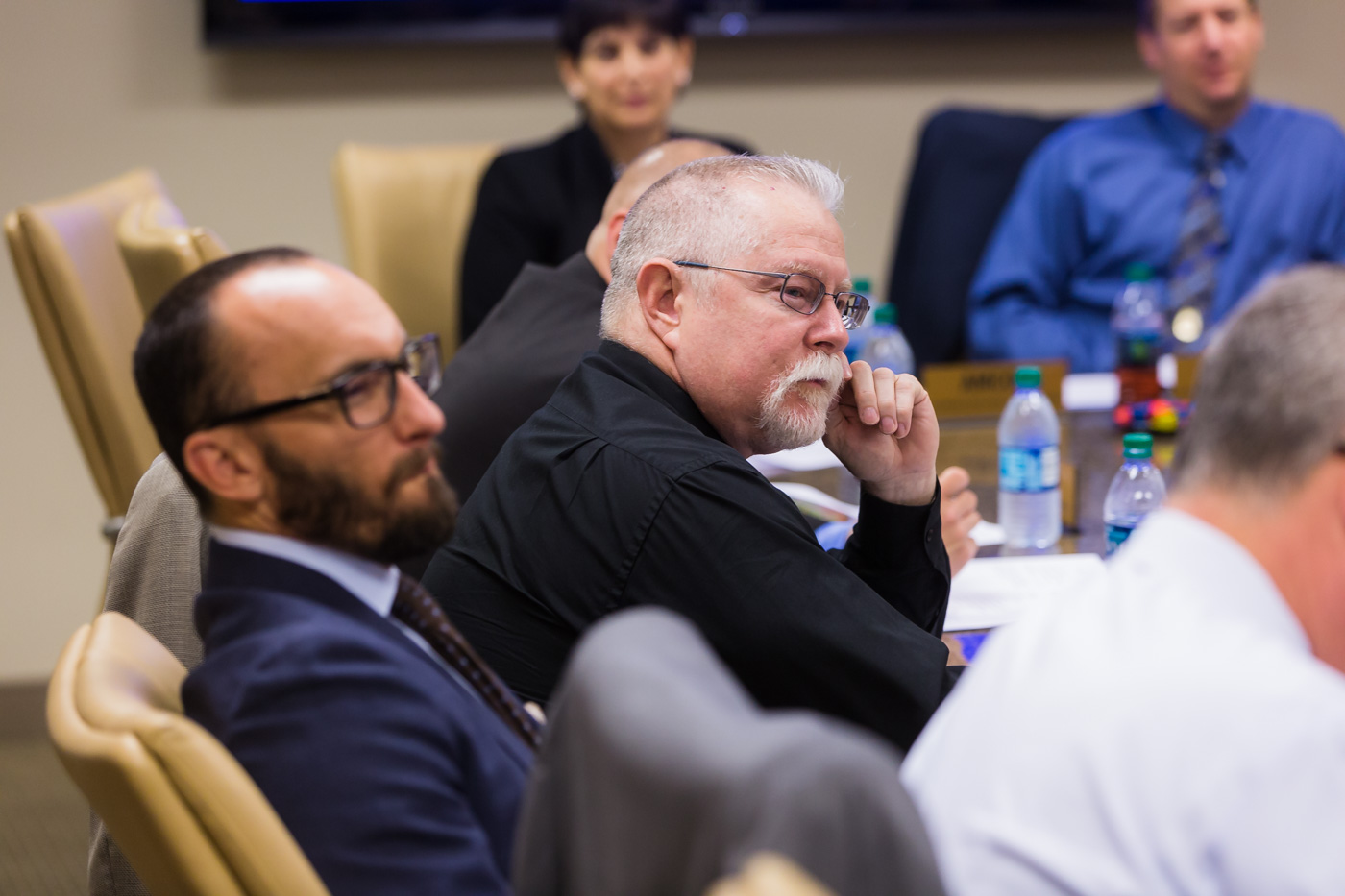 “The political races are heating up and the most important races for those of us in AC-DOJ are the governor’s race and the attorney general’s race,” said CSLEA Director and Association of Criminalists-DOJ President John Miller.  “Fortunately, we have excellent guidance and advice in this area from our political team.” 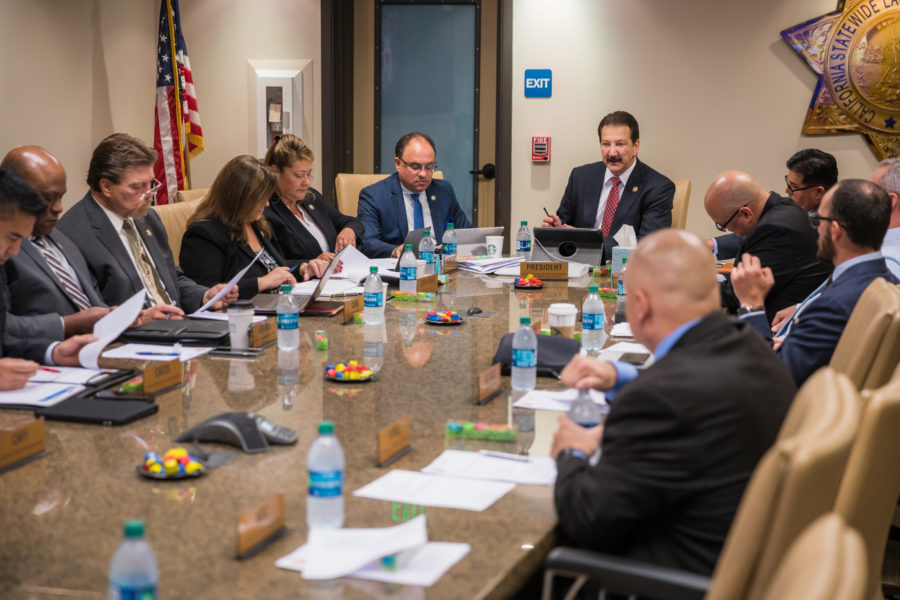 “It is awesome to see the power of being unified under once voice and what it can accomplish,” said CSLEA Director and Fire Marshal and Emergency Services Association (FMESA) President Daren Watkins. 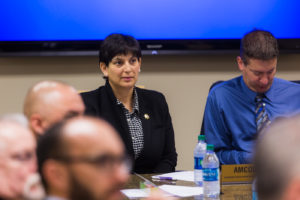 CSLEA Director and Association of Motor Carrier Specialist (AMCOS) President Lynn Brenneman thanked her members for their commitment to public safety, “Thank you, AMCOS members, for your hard work and service to the commercial motor vehicle industry.  Your efforts have a direct impact on the safety of the motoring public.  Keep up the good work and call your local site rep if you have any questions!” 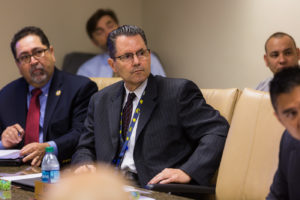 From CACI President Dennis Maffei, “CACI is sponsoring two teams in this year’s Baker to Vegas run and we look forward to cheering on all our members.  Also, CACI had a drawing recently in which two members, James Potts with Department of Insurance, and Steve Combre with State Lottery, each won a thousand dollars to assist them in attending National Police Week in Washington, D.C. May 13 to May 19, 2018.”