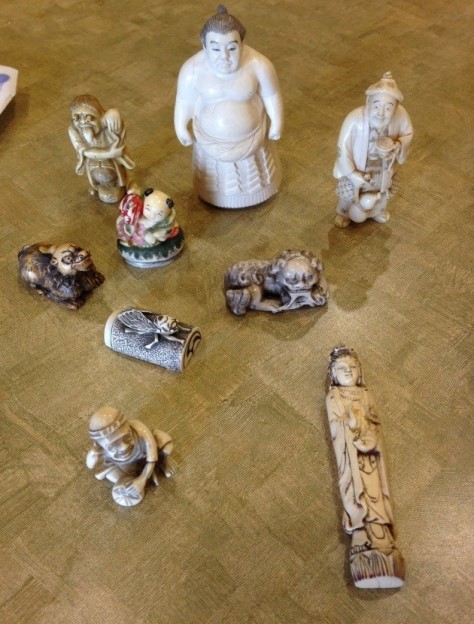 LOS ANGELES – On April 3, 2018, A Los Angeles County jury convicted Oleg N. Chakov, 48,  on misdemeanor charges of selling elephant ivory.  Chakov was sentenced to 10 days in county jail in lieu of a $5,000 fine, three years of probation and 30 days of community service. He is also prohibited from possessing ivory. All evidence from the case was forfeited to the California Department of Fish and Wildlife (CDFW).

“Consider this, at the turn of the 20th century, there were a few million African elephants and presently  there are as few as  450,000 left that are being hunted and killed for their tusks,” said California Statewide Law Enforcement Association (CSLEA) President Alan Barcelona.  “If enforcement is not done these beautiful animals will disappear forever.”

The investigation began in March 2017, when wildlife officers from CDFW’s Trafficking Unit saw several ivory statues advertised for sale online. Officers emailed the seller and asked to meet to look at and possibly purchase the ivory statues.

Chakov told officers he worked at the Durant City Library on Sunset Boulevard and requested they meet there to conduct the sale. Chakov brought nine ivory statues to the meeting, offering to sell them for $3,000. He ultimately sold two of the statues to the undercover officers for $800.

The nine ivory statues were seized as evidence and sent to the CDFW Wildlife Forensics Lab for additional analysis. The Forensics Lab staff positively identified several of the statues as proboscidean ivory (African elephant, Asian elephant, mammoth or mastodon).

“We would like to thank the Los Angeles City Attorney’s Office for their assistance in this investigation and the subsequent prosecution,” said David Bess, CDFW Deputy Director and Law Enforcement Division Chief. “The penalties assessed by this court should deter further acts of ivory trafficking and prove California’s commitment to halting the demand for ivory which contributes to poaching of elephants in their native range.”

Assembly Bill 96, authored in 2015 by then-Assembly Speaker and current Senate President Pro Tempore Toni Atkins (D-San Diego), made it unlawful to purchase, sell, offer for sale, possess with intent to sell or import with intent to sell ivory or rhinoceros horn, except as specified. A first-time violation of this law is a misdemeanor subject to specified criminal penalties and fines between $1,000 and $40,000, depending upon the value of the item.