CHP Dispatchers in Ventura Recognized by 9-1-1 for Kids 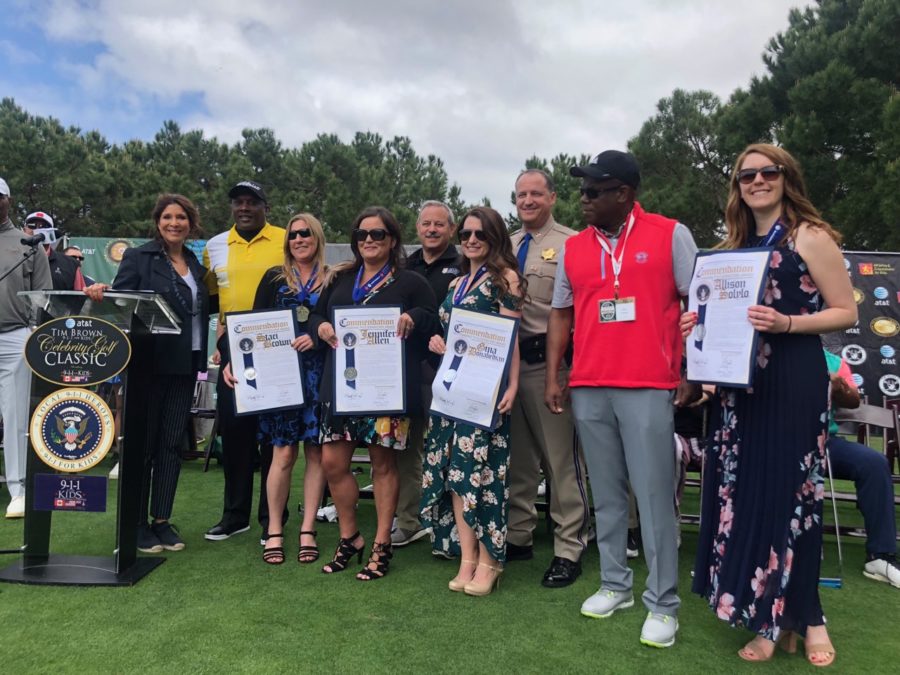 LOS ANGELES –  On May 21, 2018, 9-1-1 for Kids recognized three California Highway Patrol (CHP) public safety dispatchers and their supervisors for their heroic work on January 9, 2018 during the Montecito mudslides.

“Our members who work as CHP dispatchers have an incredibly stressful job,” said California Statewide Law Enforcement Association (CSLEA) President Alan Barcelona.  “When a natural disaster suddenly occurs, their jobs and the number of calls they handle, instantly intensifies.  These public safety professionals were inundated with emergency calls for help and helped a community in crisis.  While most of us slept at four a.m. that morning, these life savers were getting vital information from hysterical callers whose lives were in danger and sent help.”

Dispatchers Staci Brown, Gina Donabedian and Allison Solylo were working at the CHP Ventura Communications Center (VCC), along with their supervisor Jennifer Allen, when rivers of mud and collapsing hillsides destroyed homes and businesses and, sadly, claimed lives.  The Montecito mudslides were the aftermath of the Thomas Fire in December 2017.

“Thank you to our CHP dispatchers for being such a solid team of first responders,” said Barcelona.  “They’re called upon to act immediately and their actions and decisions, truly save lives.”