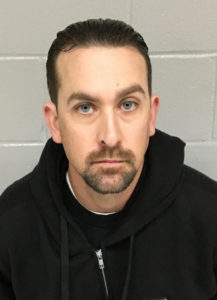 SAN MATEO- On April 27, 2018, Michael Williams, 34, of Daly City, was arrested on 21 felony counts of insurance fraud and grand theft after allegedly working for multiple employers while collecting more than  $85,000 in workers' compensation benefits from two different insurers.

An investigation by the California Department of Insurance revealed that four months later, in March 2015,  Williams began working for a different employer, yet allegedly continued to collect payments from SCIF. In May 2015, Williams sustained another work-related injury and filed another workers' compensation claim, this time with Travelers Insurance. Between March 2015 and November 2016, Williams allegedly worked for and was paid by three different employers. At one point, Williams was collecting payments from SCIF and Travelers for two different work-related injuries.

To continue collecting benefits, William allegedly misrepresented his level of abilities, earnings and employment status to SCIF and medical providers including providing false statements to his Qualified Medical Examiner to collect permanent disability benefits after the temporary benefits were exhausted.

Williams was also charged with grand theft for allegedly using his former employer's credit card for personal expenses including an engagement ring.

“Workers’ compensation is meant to assist financially, individuals who cannot work due to a work-related injury,” said California Statewide Law Enforcement Association (CSLEA) President Alan Barcelona.  “Scheming the system is unfair to those who pay into it and is against the law.  California Department of Insurance investigators work diligently to investigate such individuals and assist local district attorneys in the prosecution.”