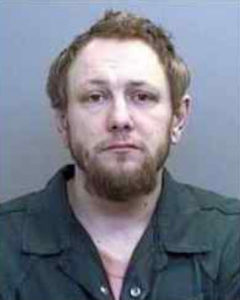 UKIAH – On April 27, 2018, a Mendocino County Superior Court Jury found Caleb Dain Silver, 27, a transient on the Mendocino coast, guilty of the first-degree murder of Dennis Boardman, 67, in December 2015. The jury also found true, special allegations that the defendant used a hammer and a knife in the commission of the crime.

Boardman’s body was discovered inside his home by law enforcement officers conducting a welfare check.  It appeared Boardman had been killed days earlier and his truck stolen.