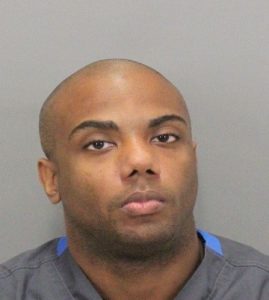 GILROY – On June 22, 2018, a West Hollywood man was sentenced to a year in jail for impersonating a nurse to work at a Gilroy hospital.

Jeremy Daniel Griffin, 31, pleaded no contest earlier this year to felony charges of Identity Theft and False Impersonation and misdemeanor charges of Altering a Medical Record; Unlawfully Using the Title of Registered Nurse; and Unlawful Use of a Nursing License. Under the terms of a plea agreement, Griffin received one year in county jail and three years of formal probation.

Griffin did not see any patients. He was arrested on June 26, 2017, when he was scheduled to begin his first day of work as a registered nurse at St. Louise Regional Hospital in Gilroy. He was hired after using the name of a real registered nurse. During the hiring process, he presented falsified documents in that nurse’s name to Aya Healthcare, a travel nursing company. Aya Healthcare became suspicious after reviewing the documents.

California Department of Consumer Affairs investigators interviewed Griffin and found out his true identity. Griffin does not hold a license as a registered nurse in California. He previously held a license as a licensed vocation nurse, but in 2014 that license was revoked.