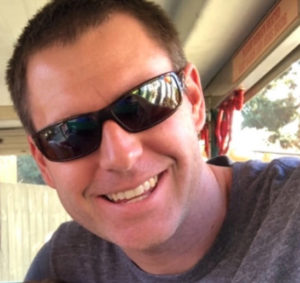 CALABASAS – California State Park Rangers are on high alert following the mysterious shooting death of a father camping with his daughters Friday, June 22, 2018.   Tristan Beaudette, 35, of Irvine, was shot around 4:45 a.m., his body was found in a tent with his two young daughters who were not injured.  As a result of the shooting and murder investigation, overnight camping has been suspended.

“The park is still open to hikers which is why park rangers are on high alert,” said California Statewide Law Enforcement Association (CSLEA) President Alan Barcelona.  “With no motive, no suspect in custody, and a report of shots fired in that area previously, we want our park ranger members to be safe as they provide protection to park visitors.  Our thoughts are with the Beaudette family during this unimaginable and sad time.”

According to reports, State Parks increased peace officer-ranger presence at the park including rangers on their days off and extending the length of shifts.

“Tristan was out doing something he adored in life, being in the outdoors with his two young girls.  His wife Erica was preparing to take an exam the next morning.  This was their final step before taking well-deserved time off together as a family prior to their relocation to new jobs in the Bay Area. They were about to embark on a new chapter in their lives. And then it was all taken away, by a fatal gun shot in the middle of the night, in front of his two young daughters. Not a second goes by that we aren’t grappling with the senselessness of this crime.”

The homicide is being investigated by detectives with the Los Angeles County Sheriff’s Department.