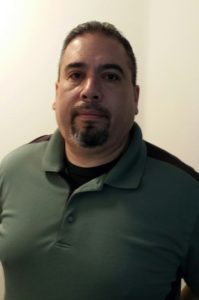 LOS ANGELES -  On June 13, 2018, the California Department of Insurance announced that Erwin Raul Mejia, 42, of Van Nuys, was sentenced to 10 years in state prison following his conviction on 10 felony counts of insurance fraud for his role in a staged auto collision ring that bilked insurers out of more than $700,000. Mejia was also ordered to pay $699,784 in restitution to six auto insurers.

"This is a significant conviction and sentence on an insurance fraud case and it sends an important message to those who commit fraud-we will find you and you will be prosecuted," said Insurance Commissioner Dave Jones. "Thanks to the excellent work of department detectives and aggressive prosecution by the Los Angeles District Attorney's office, we were able to take down this organized ring of fraudsters and put them out of business."

Erwin Mejia played an integral role in a staged auto collision ring involving hundreds of suspects. Since October 2017, 25 additional arrests were made in connection with this organized ring, which in total has resulted in $1.7 million in losses to insurers. The department's investigation is ongoing, and more arrests are likely to follow.

Mejia worked as a Material Damage Appraiser for Nationwide where he inspected damaged vehicles, prepared repair estimates, and issued checks to claimants for their damaged cars. An investigation by the California Department of Insurance, which led to Mejia's arrest in October 2017, revealed Mejia and additional suspects orchestrated an elaborate scheme to defraud insurers with paper collisions that never occurred or by intentionally damaging vehicles to submit fraudulent claims. Mejia often inflated the damages to the cars in his estimates and even wrote estimates for cars that were not actually damaged. He and a capper recruited people to insure vehicles and make fraudulent claims resulting in 70 fraudulent claims.

After leaving Nationwide, Mejia worked as a claims adjuster at MetLife Insurance in Nevada where he continued his scheme adjusting known fraudulent claims. Mejia issued settlement checks to the claimants that were redirected to a friend in Los Angeles who was cashing the checks. After leaving MetLife, Mejia went to Fred Loya Insurance and then on to Kemper Insurance. Additional victim insurers include State Farm, Wawanesa, and Mercury who were affected by the fraudulent claims generally as the second party involved, for example the claimant party.

The Los Angeles County District Attorney's Office prosecuted this case. The same office convicted Mejia on a prior insurance fraud charge in January 2005.