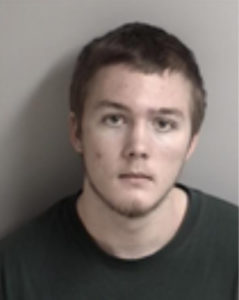 PLACERVILLE - On June 13, 2018, an El Dorado County jury convicted Nolen Keith Buchanan of three counts of first degree murder with multiple enhancements for the use of a firearm in the commission of his crimes.

“This cold blooded, calculated killer was just 16 when he shot and killed his family and then set fire to their bodies,” said California Statewide Law Enforcement Association (CSLEA) President Alan Barcelona.  “Reading about this case, I am once again, in awe of the work our California Department of Justice criminalists do.  They were beyond the back bone of this case in court, and this killer was doing all he could to get away with the crimes.”

In the early morning hours of September 13, 2015, Nolen Buchanan shot and killed his father Adam Buchanan, his step-mother Molly McAfee, and his 8-year-old brother Gavin Buchanan at their vacation cabin in Greenwood.  Nolen Buchanan then proceeded to douse the bodies and the cabin in gasoline and set everything on fire, burning the cabin to its foundation. The then 16-year-old drove the family truck back to their home in Benicia and denied being at the cabin, concocting intricate lies to avoid detection, according to the El Dorado County District Attorney’s Office.

The evidence at trial showed that Nolen Buchanan planned the killings before leaving for the cabin that weekend. He attempted to establish an alibi, manipulated police, friends and family into believing he was shocked to hear of his family's deaths, and made plans to take over the family business. The jury, in finding Nolen Buchanan guilty of first degree murder, determined that the killings were willful, premeditated, and deliberate.

Nolen Buchanan testified at the jury trial that his father was the actual killer. In his new story of what happened, Nolen Buchanan explained that his father first shot his stepmother, then shot his brother, and, when his father turned the gun on the defendant, he wrestled the gun away from his father and shot him in self-defense. However, evidence proved that the defendant's new story was another lie because critical details of his story were determined to be forensically impossible.

“This is where California DOJ criminalists go to work,” said John Miller, president of the Association of Criminalists-DOJ.  “California DOJ forensic labs are incredible “one-stop-shops” for counties that do not have their own crime labs.  Our criminalists are passionate about scientific evidence and its role in solving crimes.  Our criminalists and latent print analysts are amazing at their jobs.  In this particular case they were called upon to do the forensics in an investigation that involved arson, a firearm, prints and DNA.”

District Attorney Vern Pierson stated, "My hope is that these convictions can bring about some sense of justice and closure for the family members of the victims."

The jury deliberated for approximately two hours before returning their verdict. Nolen Buchanan is scheduled for sentencing on July 12, 2018.