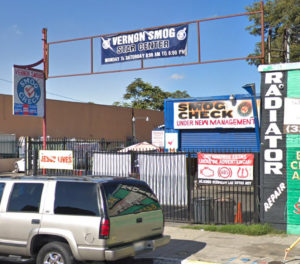 LOS ANGELES - On July 20, 2018, the California Bureau of Automotive Repair (BAR), along with the Los Angeles County District Attorney’s Office, served a search warrant at Vernon Smog Star, a licensed smog check station in Los Angeles. According to BAR, based on video surveillance and proprietary data analysis, vehicles at Vernon Smog Star were being inspected and certified without ever being present at the station.

According to BAR, data indicated an electronic defeat device was being used by the station. Defeat devices are used to improperly pass vehicles that otherwise would have failed an inspection or, in many instances, are not present at the station.

“I am so very appreciative of the investigative work BAR representatives do to protect consumers and the driving public,” said CSLEA President Alan Barcelona.  “What happens when a vehicle that falsely passed a smog check is sold to someone and it’s their turn to get a smog check on that vehicle and it doesn’t pass?  That car buyer is then stuck with potential bills that can add up to thousands of dollars.”

BAR’s smog check database is technologically capable of detecting the use of defeat devices. Licensees who violate the law in this way jeopardize their license and face possible criminal prosecution.

During the search, BAR seized smog check test equipment and records of inspections performed by the station. BAR’s investigation of the station is ongoing, and criminal charges are expected to be filed in the coming weeks.

The warrant is a continuation of the bureau’s work that began last April with “Operation Doorstop,” a statewide enforcement operation directed at some 200 licensed smog check stations across the state suspected of using devices to cheat on Smog Check inspections.