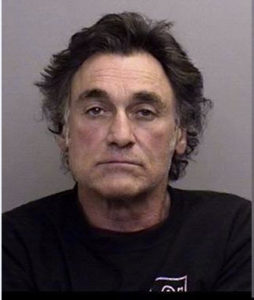 UKIAH – On August 23, 2018, California Department of Fish and Wildlife wardens assisted the Mendocino County Sheriff's Office Marijuana Enforcement Team in serving a search warrant at a home and property in the community of Leggett.

Law enforcement officers were investigating a lead that Charles Phillip Maniaci, 65, was cultivating marijuana. Although Proposition 64 allows for the recreational use of and cultivation of marijuana, as does the Mendocino County Code, Maniaci has a past conviction that requires him to register as a sex offender. California law prohibits people with a past conviction of serious offenses, including those for which a person must register as a sexual offender, from cultivating more than six marijuana plants.

In all, six people were located on the property, and only Maniaci was arrested. Law enforcement officers eradicated 1,359 marijuana plants and seized approximately 150 pounds of harvested marijuana that was in various stages of being processed, along with 21 pounds of packaged bud marijuana.

Maniaci was transported and booked in the Mendocino County Jail.