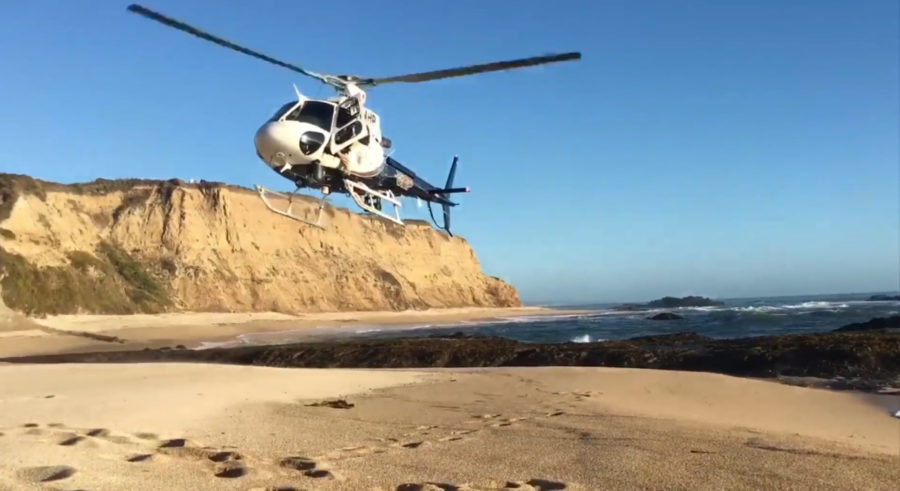 HALF MOON BAY - From the San Francisco and South Bay Areas to Ventura, California State Parks rangers and lifeguards kept busy with calls for help.  Three of the calls involved the recovery of a body from the ocean near Pierpont Beach, the rescue of a father and son who were sept into the ocean at Cowell Ranch State Beach, and the rescue of an injured hiker at Alum Rock Park in San Jose.

On August 4, 2018, an Ojai man died after lifeguards pulled him from the ocean during the evening hours.  The man had reportedly been with friends and was swimming when he disappeared.  State Parks lifeguards brought the man to shore and along with State Parks rangers, administered CPR.  He was taken to a hospital where he was later pronounced dead.

Also on Saturday, August 4th,  at Cowell Ranch State Beach in Half Moon Bay, the CHP reports that State Parks first responders assisted with the response and rescue of a father and son trapped on a secluded beach area inaccessible by foot.  The son, approximately 10, fell 15 feet off a cliff and into the ocean.  The father jumped in after his son.  As the two were being swept into the ocean, a good Samaritan jumped into the water and assisted the two back to shore.  Cal Fire Firefighters used a rope system to rappel down to the beach and assisted the victims who were cold, but not severely injured.

CHP Helicopter H-30 arrived overhead and the helicopter crew determined that they could land on the beach. Each of the victims was loaded into H-30 and flown to the top of the cliff and delivered to waiting emergency responders.

Another rescue took place at Alum Rock Park in San Jose Sunday morning, August 5th.  State Parks rangers responded with the Coast Guard and San Jose Fire fighters to a report of a hiker who suffered a seizure and fell into a ravine, injuring her leg and ribs.  She was hoisted into a Coast Guard helicopter and transported to waiting paramedics.

“California State Parks are a wonderful place to recreate, but people do get hurt and that’s when rangers and lifeguards showcase their rescue skills,” said California Statewide Law Enforcement Association (CSLEA) President Alan Barcelona.  “We appreciate their dedication to public safety and their ability to work with other first responders to keep people from further harm.”