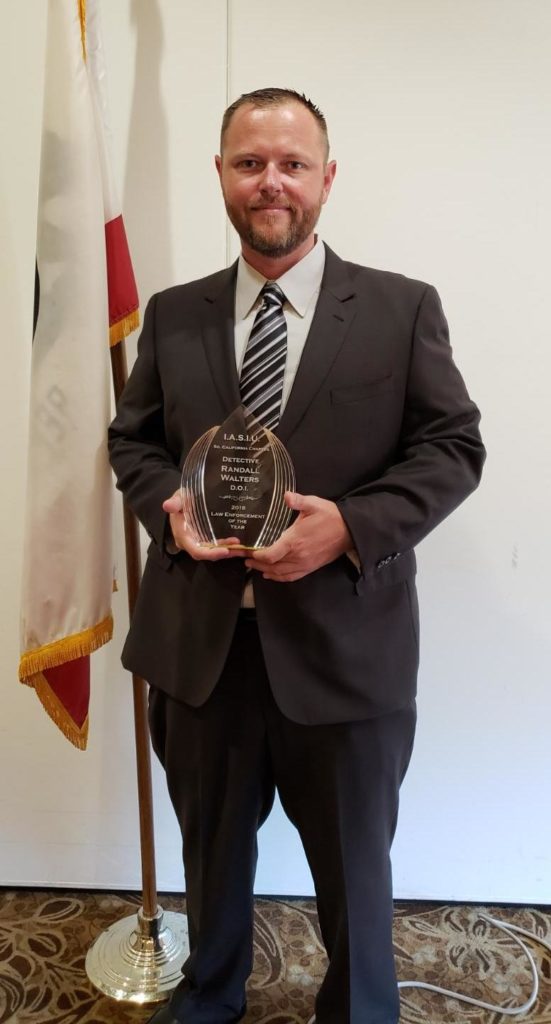 California Department of Insurance Detective Walters is currently assigned to the Urban Grant Task Force out of the Inland Empire Regional Office.  The task force is made up of Investigators from the California Department of Insurance, California Highway Patrol, and the Riverside County District Attorney’s Office.  The task force partners with deputy district attorneys from Riverside and San Bernardino Counties.

In late 2017, Detective Walters submitted a case to the San Bernardino District Attorney involving the owner/operator of an auto detailing shop who filed multiple claims on his company insurance policy claiming that various fictitious employees crashed customer vehicles as they were being moved.  The suspect, Hani Abujedeh, of Rancho Cucamonga, claimed the vehicles were taken to his shop for details when the collisions occurred.

In addition, Abujedeh conspired with three additional suspects to damage their vehicles in order to use the insurance proceeds to get their vehicles painted for free by the Abujedeh. 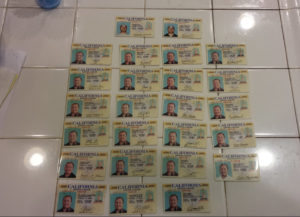 During a search warrant conducted at Abujedeh’s,  25 fraudulent California Driver Licenses were recovered with Abujedeh’s  picture on them.  Investigators revealed the licenses were used in various “curb stoning” schemes and grand theft schemes through identity theft made by the suspect.  Some of those ID theft victims were also victims of fraudulent vehicle sales, odometer roll-backs and impersonation by the suspect.

In all more than 60 felony charges were filed involving fraudulent sales and fraudulent insurance claims on more than 20 different vehicles.  Abujudeh pleaded guilty to seven felony counts including auto insurance fraud, money laundering, perjury, false impersonation and grand theft.   He was sentenced to six years in state prison on November 2, 2017 and ordered to pay victim restitution in the full amount of $183,475.22.  The victims included 15 individuals and four insurance companies.

“Congratulations to Detective Walters.  We are extremely proud of his dedication and his work at the Department of Insurance,” said CSLEA President Alan Barcelona.