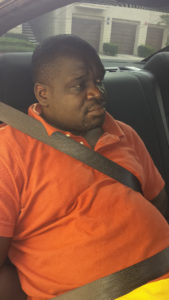 “California Department of Insurance investigators repeatedly prove their worth by the number of insurance investigations they handle, and the success in putting these fraudulent individuals behind bars,” said California Statewide Law Enforcement Association (CSLEA) President Alan Barcelona.

"To those contemplating insurance fraud, let this be an example that this crime is a felony," said Insurance Commissioner Dave Jones. "This is a significant conviction and sentence on an insurance fraud case and it sends an important message to those who commit fraud-we will find you and you will be prosecuted. We are committed to working with our law enforcement partners to bring justice to those who rip off insurers and consumers for their own financial gain."

The investigation found Kakande and Lutale illegally used licenses from other licensees and obtained personal information for the fraudulent applications by recruiting applicants with money and promises of free life insurance policies. They also stole identifying information and on some polices had themselves as the purported policyholders.

The applications submitted to the insurance carriers contained misrepresentations and fabricated information, including false occupations, income, net worth or beneficiary information. Some of the applications also contained forged signatures of the alleged applicants. Generally, premium payments were not paid by the applicants, but instead paid from accounts owned by Kakande or Lutale, or from accounts opened by other individuals who assisted them in carrying out the scheme.

"Insurance fraud is a serious offense that drives up insurance costs for all of us," Los Angeles County District Attorney Jackie Lacey said. "These convictions represent my office's continuing effort to aggressively protect consumers and businesses from all types of fraudulent activity."