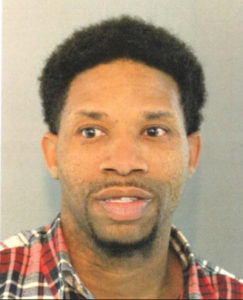 FAIRFIELD - On September 17, 2018, Lamont Jarome James,34, of Benicia, was sentenced  to 11 years in state prison, which included the high term for the offense and enhancements for the prior convictions.

On May 21, 2018, a jury found James guilty of two counts of insurance fraud based on the following events: On August 19, 2015, while driving his car without insurance, James rear-ended another driver’s car. Within the hour, he paid for an insurance policy. The next day, James called in to report the accident, falsely reporting the time of the accident after the policy payment to allow for coverage he was not entitled to. After discovering the other driver had already made a statement to his insurance agency, James called the other driver to ask her to change the hour of the accident to an hour later than it had occurred, which she refused. Then, not long after, James showed up at her house to ask her to do the same in which again she refused.

“California Depatment of Insurance fraud investigators work to combat insurance fraud in California because we all end up paying for it in higher premiums,” said California Statewide Law Enforcement Association (CSLEA) President Alan Barcelona.  “We all struggle to pay for vehicle insurance.   When someone who chooses to break the law and go without, and then fraudulently tries to file a claim, that someone should expect to pay the price.  In this case, 11 years in state prison!”

A court trial on James’ prior offenses was conducted on May 22, 2018. The court found to be true that James had a conviction for first degree residential burglary in 2004, and that he served a term in state prison in 2014 for being a felon in possession of a firearm.

Detective Martin Dito of the California Department of Insurance investigated the case. The case was prosecuted by Deputy District Attorney Irene Chew.