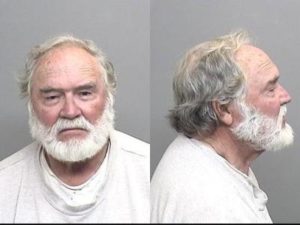 Kuykendall, a convicted felon and registered sex offender, was contacted in the driveway of his residence was found to have 28 growing marijuana plants. Kuykendall was also found to be in possession of a firearm and ammunition which, as a convicted felon, he is prohibited from possessing.

“Serving search warrants is dangerous police work, particularly when your dealing with a convicted felon suspected of being armed and committing a crime,” said California Statewide Law Enforcement Association (CSLEA) President Alan Barcelona.  “Officers from various departments working together is an effective tool given their various expertise in the law and knowledge of the area in which the warrant is being served.”

Prior to the service of the search warrant, deputies learned Kuykendall was suspected of growing marijuana. Even though Proposition 64 legalized marijuana for most people, there is still a provision that prevents persons with certain serious prior convictions from cultivating more than six marijuana plants.

In this case, Kuykendall, has past convictions for serious offenses, which require him to register as a sex offender pursuant to section 290 of the California Penal Code.

Additionally, that same conviction, prohibits him from possessing firearms or ammunition.