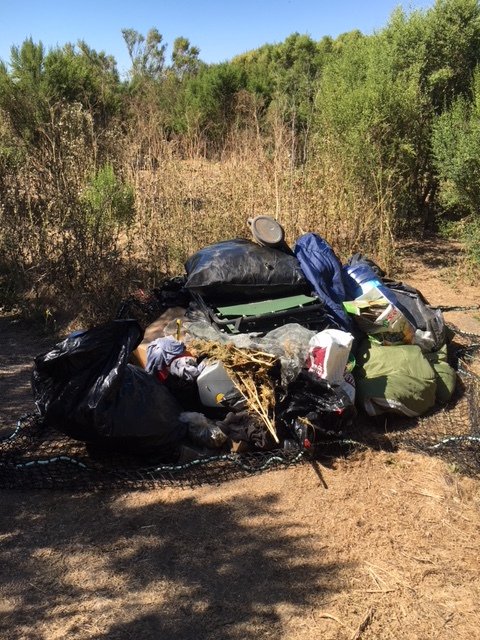 STOCKTON – On September 21, 2018, California Department of Fish and Wildlife (CDFW) wardens conducted a successful outdoor raid on a black-market marijuana cultivation site in the White Slough Wildlife Area in San Joaquin County.  Wardens removed approximately 1,700 plants from the site and arrested an armed suspect identified as Fernando Garcia-Lizea, 25, of Lodi.  According to CDFW, the suspect was armed with a .45 caliber semi-automatic pistol.

After securing the site, officers discovered a bottle of toxic chemicals, along with a face mask and latex gloves allegedly used by the suspects. Though the label was mostly removed, officers determined the bottle likely contained cufuran, which is part of a family of banned, highly toxic poisons that are increasingly found at illegal grow sites and are lethal to wildlife even in the smallest doses.

“Anytime officers enter an illegal grow site they are faced with the danger of armed suspects,” said California Statewide Law Enforcement Association (CSLEA) President Alan Barcelona.  “In addition, there are, many times, harmful chemicals at these sites that must be properly handled and disposed of.  Thank you to those who protect our wildlife areas and the public that visits to enjoy all that nature has to offer.” 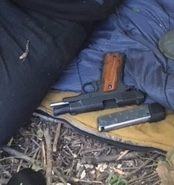