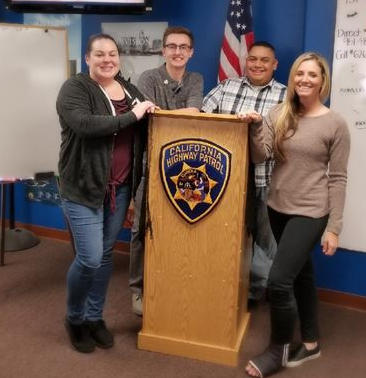 These new dispatchers and members will be stationed in various locations in Southern California.

“CHP dispatchers answer an incredible number of 911 calls during any given shift and deal with real life and death emergencies,” said CSLEA President Alan Barcelona.   “They have control over their emotions and a gift for emergency response.  These individuals are vital to public safety and we thank them for their dedication to keeping us all safe.  They will be working long hours, under a lot of stress and that’s why it is so important for them to have a safety network like CHP-PSDA and CSLEA by their side.”