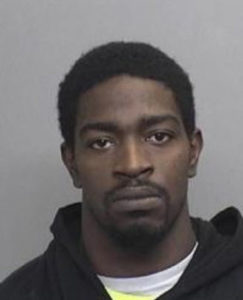 WILLITS – On October 26, 2018, Mendocino County Sheriff’s deputies arrested Marcus L. Caldwell, 27, of Willits, on one count of forcible rape after criminalists at a California Department of Justice (DOJ) lab conducted a DNA comparison of rape kit evidence and a DNA sample Caldwell volunteered.

The rape occurred early in the morning on January 21, 2018 at a home in Willits.  A woman reported a man forced his way into her home and raped her.  The suspect then fled the location.  The victim was transported to a hospital where a sexual assault examination was conducted, and evidence obtained.

Even though the attack happened in darkness the victim was convinced, due to physical characteristics she noted during the assault, that her attacker was Caldwell.  Caldwell was known to the victim prior to the assault.

Detectives discovered the suspect cut the power to the victim’s house prior to entering.  When detectives contacted Caldwell, he denied being involved in the attack.  Caldwell volunteered his DNA sample to detectives, indicating the sample would clear him of any wrong doing.

On October 24, 2018, detectives were notified by the California DOJ Laboratory that the DNA comparison had been completed and the results were matched to that of suspect Marcus Caldwell.  The case was reviewed by the Mendocino County District Attorney's Office and a warrant issued for the arrest of Caldwell.

Caldwell was arraigned in the Mendocino County Superior Court on October 30, 2018 where his bail was continued at $500,000 and a no-contact restraining order was issued by Judge Moorman prohibiting Caldwell from having any contact with the victim in this case.

“I have visited one of the California DOJ’s crime labs and walked away extremely impressed by the criminalists who conduct DNA work,” said California Statewide Law Enforcement Association (CSLEA) President Alan Barcelona.  “These professionals work daily on evidence that leads detectives to suspects and  convicts or exonerates individuals accused of crimes.”