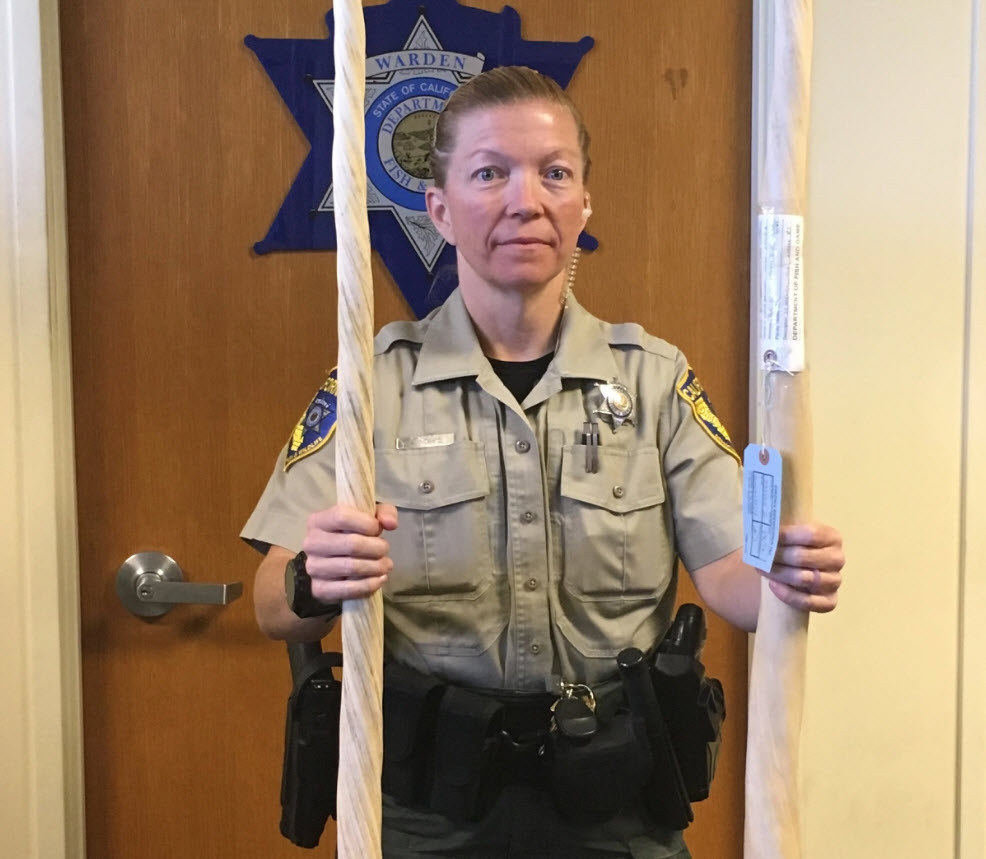 “Thank you to the CDFW wardens who protect our natural resources and our fish and wildlife,” said California Statewide Law Enforcement Association (CSLEA) President Alan Barcelona.  “Their work protects what many of us hold dear, including threatened species, as they educate and enforce the law.”

The investigation began in December 2016, when CDFW wildlife officers saw two narwhal tusks displayed at the retail antique store. The tusks were 79 and 87 inches long. An officer visited Antonio’s Bella Casa and an employee offered to sell the narwhal tusks for $35,000 each. He ultimately agreed to sell the tusks to an undercover officer for $30,000 each.

The tusks were seized as evidence and the CDFW Wildlife Forensics Lab conducted additional analysis. Wildlife forensics specialists confirmed the tusks were from narwhal.

“Selling ivory is not only illegal, it’s immoral,” said Mike Feuer, Los Angeles City Attorney. “The ivory trade is abominable, with devastating consequences that imperil threatened species like the narwhal. This prosecution and conviction sends the strong message that those who may think of selling ivory tusks will be held accountable. I also want to thank our partners at the California Department of Fish and Wildlife for their close partnership on this important issue.”

Assembly Bill 96, authored in 2015 by then Assembly Speaker and current Senate President Pro Tempore Toni Atkins (D-San Diego), made it unlawful to purchase, sell, offer for sale, possess with intent to sell or import with intent to sell ivory or rhinoceros horn, except as specified. AB 96 defines ivory as the tooth or tusk from a species of elephant, hippopotamus, mammoth, mastodon, walrus, warthog, whale or narwhal, or a piece thereof, whether raw ivory or worked ivory, and includes a product containing, or advertised as containing, ivory. A first-time violation of this law is a misdemeanor subject to specified criminal penalties and fines between $1,000 and $40,000, depending upon the value of the item.