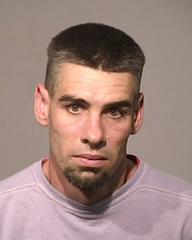 BODEGA BAY -  The Sonoma County Sheriff’s Office is crediting California State Park Ranger Tim Murphy for locating a stolen Honda Pilot that, hours earlier, was the subject of a pursuit in which the pursuing deputy accidently crashed into an occupied home which then caught fire. The discovery of the stolen Honda Pilot ultimately led to the arrest of pursuit suspect Ryan Moore, 25, of Santa Rosa.

“This was excellent work by our CSLEA member and State Parks Ranger Tim Murphy, who, before discovering the pursuit vehicle, was assisting local deputies with traffic control near the pursuit crash site and house fire,” said California Statewide Law Enforcement Association (CSLEA) President Alan Barcelona. “Ranger Murphy took the time to speak to an individual who approached him and reported some suspicious activity.  Following up on that report, he discovered the stolen Honda Pilot.  It’s team work between agencies and citizens that solve cases like this one.”

This all began after Sonoma County Sheriff’s deputies conducted a surveillance at the Doran Beach Campground early Sunday morning (October 14, 2018).  The deputies were investigating at least five reports of thefts of generators from Bodega Bay campgrounds over the last two weeks.

Shortly after 2:00 a.m., a deputy parked an unmarked vehicle in the Doran Beach Campground and watched for suspicious activity while two deputies waited outside the area in marked patrol cars.

At about 5:00 a.m., the deputy spotted a second vehicle enter the campground but he didn’t get a good look at it. Shortly after that, the deputy observed the white sedan exit the campground. The deputies waiting outside the campground in marked units saw a grey Honda Pilot pull out of the campground at about the same time and followed that vehicle, which turned out to be the second car the surveilling deputy had spotted.

The deputies, believing the suspects in the Honda had just committed thefts in the campground, initiated a traffic stop after the Honda turned north onto Hwy 1 in Bodega Bay. The driver of the Honda failed to stop and led a deputy on a high-speed pursuit through Bodega Bay. The pursuing deputy lost traction on a curve and went off the roadway and hit a home along Highway1. His patrol car became lodged inside the front of the home but the deputy was able to get out of his car, exit the home and summon assistance.

The home was an Airbnb rental and was occupied by three sleeping tenants from San Francisco. The second patrol deputy was able to force the front door open and get them out as smoke enveloped under the patrol car and the home started to catch fire. None of the home’s occupants was hurt.
Hours later, Ranger Murphy found the Honda Pilot abandoned at a construction site in Bodega Bay. Sonoma County Sheriff’s detectives responded and determined the Honda was stolen out of the Santa Cruz area. Two portable generators believed to be stolen from the Doran Beach campground, were located in the vehicle. The vehicle was processed for evidence and other leads were developed potentially identifying the driver that fled as Moore.

Detectives went to Moore’s house, conducted surveillance, and at about 3:30 p.m. they saw Moore get into a 2015 Toyota Sienna van with two others. Detectives contacted the three occupants of the vehicle as they pulled into an industrial park in Santa Rosa and took them all into custody without incident.

The van was determined to be stolen out of the San Pablo area.  All the occupants were transported to the Sheriff’s Office to be interviewed. After the conclusion of the interviews it was determined Moore was the driver of the stolen Honda Pilot that led the deputy in a pursuit.

The driver of the stolen Toyota minivan, Anthony Stone, 32, of Vallejo was arrested on vehicle theft related charges and Angelica Cardiel, 31, of Santa Rosa for possession of drug paraphernalia.

Detectives are still investigating the case, determining who else might have been involved in the thefts and are trying to identify the owners of the likely stolen generators located in the Honda to return them.

The injured Sonoma County Sheriff’s Deputy remains in a local hospital with serious injuries but is expected to make a full recovery.