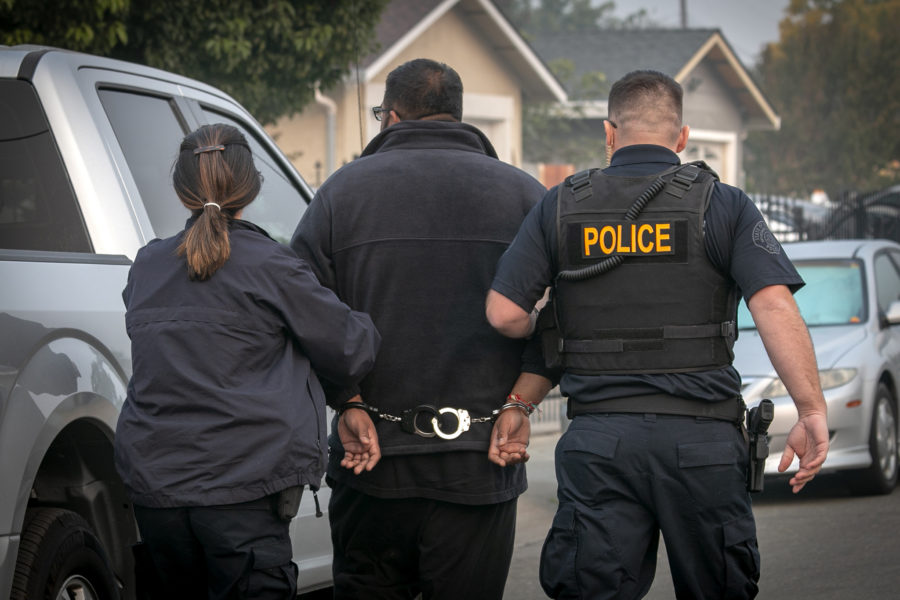 SACRAMENTO- On November 16, 2018, detectives from the California Department of Insurance (CDI) arrested four people for allegedly ripping off four auto insurers for more than $34,000 by filing fraudulent insurance claims. One additional suspect was taken into custody Thursday, November 15, 2018. All suspects were booked into the Sacramento County Jail.

According to CDI, the suspects filed claims with their insurance companies falsely reporting their vehicles were stolen when in fact the vehicles were found in the possession of an accomplice who owned an auto body repair shop.

"CDI detectives and their law enforcement partners will catch up with these criminals who commit insurance fraud,” said California Statewide Law Enforcement Association (CSLEA) President Alan Barcelona.   “These detectives are enormously outnumbered by the fraudsters, but they continue to uncover the schemes and arrest the suspects.”

Yet another suspect and ring leader, Hector Whitley, owned the body shop, located in Sacramento County and was arrested in 2016 after Rancho Cordova Police and the Sacramento County Sheriff traced a stolen vehicle's LoJack signal to his body shop where they found several suspicious vehicles partially dismantled and stripped.

The California Highway Patrol's auto theft investigation team was called in to serve a search warrant and discovered additional vehicles reported stolen, weapons and illegal drugs in the shop.

Dylan Allen Dudley, owner of the original vehicle reported stolen admitted to investigators he filed a false police report in an attempt to get his insurance company to pay the claim for his vehicle.

The investigation also uncovered evidence that three of the partially dismantled vehicles found in the body shop were reported stolen by the vehicle owners and submitted for insurance claims. Further investigation revealed the vehicle owners had a prior relationship with Hector Whitley, the shop owner, and submitted fraudulent claims to their insurer in an attempt to collect money for a vehicle they no longer owned.

This case was Investigated by the Urban Auto Fraud Task Force, which is supervised and led by the California Department of Insurance Enforcement Branch and includes the California Highway Patrol and Sacramento County District Attorney's Office.

Michele Marlynda Espinoza of Sacramento - at large and being sought

Already convicted and sentenced to prison - Hector Whitley is now released and serving time on parole.