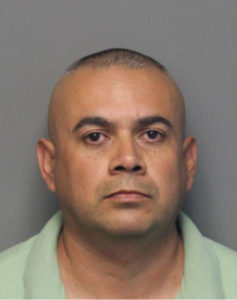 VISALIA – On November 7, 2018, Kory Tapia, 41, was sentenced to 136 years-to-life in prison for raping an elderly woman in her Poterville home in October 2016.  DNA work by California Department of Justice criminalists lead to Tapia’s arrest 24 days after the violent assault.

Tapia was convicted last month of:

The charges were enhanced with special allegations of burglary with the intent to commit a sex offense and use of a deadly weapon.

At approximately 2:50 am on October 29, 2016, Porterville Police Department officers were dispatched to an 87-year-old woman’s home for a report of rape. It was discovered that the victim had been sleeping when Tapia entered her bedroom and attacked her.  During the assault Tapia forcefully placed a pillow over the victim’s face. Angered when the victim fought back, he punched her in the face and raped her again. Before leaving the victim’s home, Tapia told the victim not to tell anyone.

Through DNA left at the scene, the California Department of Justice obtained a CODIS match on Tapia. He was arrested by police on November 22, 2016. Tapia has multiple convictions, including misdemeanor lewd conduct and peeking for a 2007 incident. In addition to his sentence, Tapia must register as a sex offender for life.