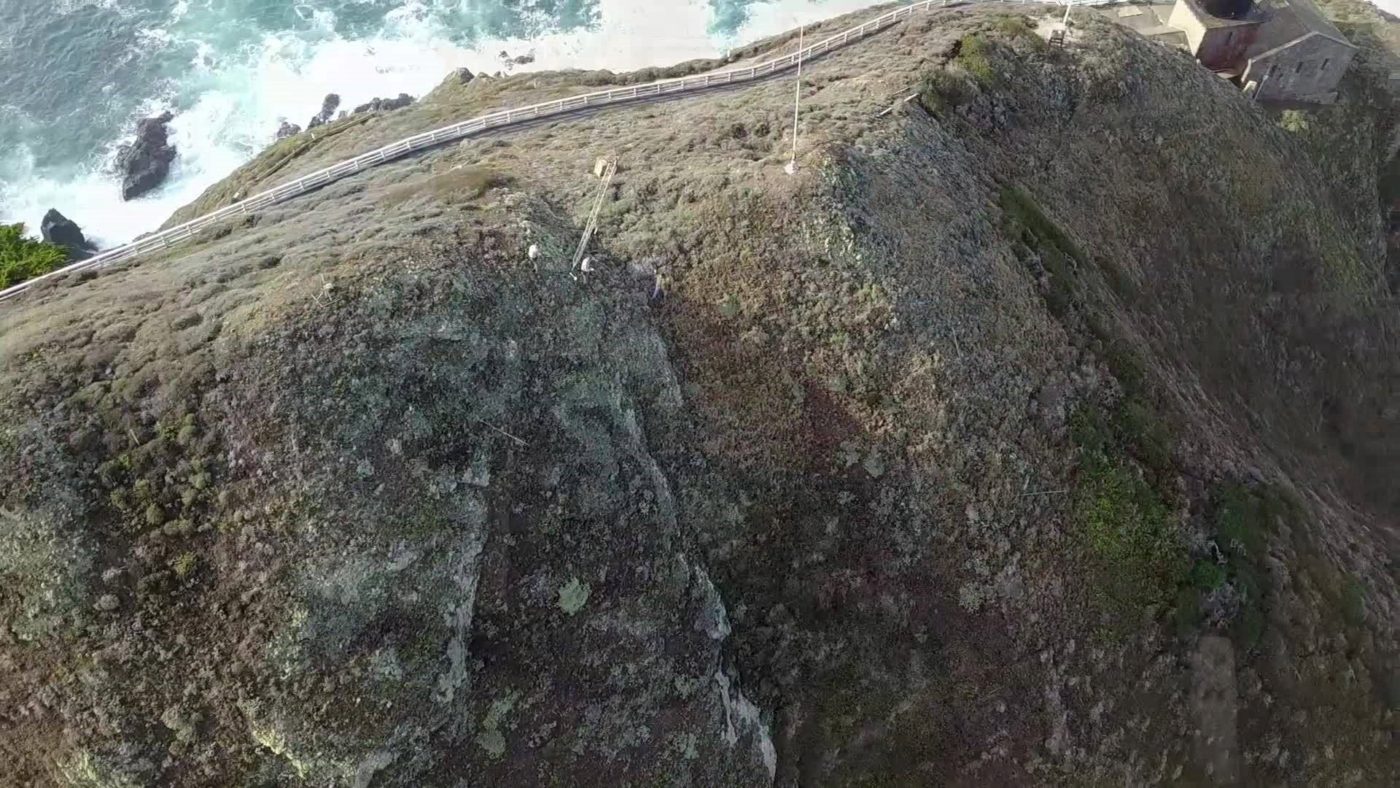 BIG SUR – On December 9, 2018, California State Parks rangers arrested an armed suspect who had broken into the historical buildings at the Point Sur State Historic Park and Lighthouse, frightening docents who arrived to conduct tours that morning.

Tony Snowden, 49, of Hollister, was witnessed with a rifle inside one of the buildings by arriving docents. Snowden ran off.  The docents locked themselves inside a building and called for help.  State Parks rangers and Monterey County Sheriff’s deputies responded to the scene.

Deputies launched a department drone and located Snowden on top of a hill at the far end of the volcanic rock outcropping. Deputies communicated with the rangers who caught up to Snowden and arrested him.  The rifle witnessed by docents had been thrown into some bushes prior to rangers approaching Snowden.   According to the Monterey County Sheriff’s Office, Snowden later mentioned he saw the drone, knew he was spotted and stash the rifle. The incident is still under investigation by state park rangers.

“State Parks rangers responded to a dangerous situation in which an armed suspect was fleeing a crime scene in the rugged terrain of the park,” said California Statewide Law Enforcement Association (CSLEA) President Alan Barcelona.  “Fortunately, with the help of a law enforcement department’s drone, these brave peace officers were able to apprehend the suspect and recover the weapon.”

Snowden is charged with numerous crimes including felony burglary, vandalism, and felon in possession of a firearm.