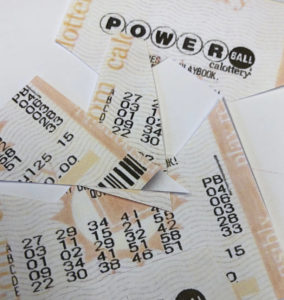 “This man had pieces of torn Powerball tickets and even went to the extreme of having attorneys contact the lottery on his behalf,” said California Statewide Law Enforcement Association (CSLEA) President Alan Barcelona.  “All in attempt to falsely gain access to a 435-million-dollar jackpot. Imagine how many others must try to gain access to jackpots that they don’t have winning numbers for.  This case demonstrates the need for California State Lottery investigators, for sure.”

Following a lengthy investigation, California State Lottery investigators filed numerous charges with the San Bernardino County District Attorney’s Office against James McMinn, 29, of Menifee, including attempted grand theft.  On September 28, 2018, McMinn was convicted of perjury, a felony, and received three years formal probation.    After violating his probation in November 2018, he served 35 days in county jail and his formal probation was extended until November 2021.

What did McMinn do?  According to investigators, he submitted Winner Claim Forms to the Lottery Inland Empire District Office for the same Powerball draw #436 ticket on two different dates.  On June 13, 2017, he submitted four “No Ticket Declarations” with a corner piece of a Mega Millions ticket claiming it to be the winning $435,000,000.00 Powerball ticket (a complete fraud).

On June 28, 2017, he returned again to the Inland Empire Office of the California State Lottery and submitted a torn, taped, mutilated, and altered Powerball ticket for draw #436.  He had taped together three pieces of a ticket using the draw numbers after the date of the draw (publicly known at that point).  The bottom portion of the ticket was purchased on June 10, 2017, prior to the draw and not a winning ticket.  A small piece of the ticket contained part of the Powerball numbers (another complete fraud).

According to investigators, McMinn clearly attempted to defraud the California State Lottery.  McMinn met with Lottery investigators with his attorney and his girlfriend present.  He tried to convince investigators that he actually paid for the ticket and was the big winner.  His attorney, apparently learning his client was attempting to steal $450,000,000.00 from the state Lottery, subsequently terminated his services and McMinn got another attorney.  When Lottery officials informed that attorney that the alleged winning ticket was not a winning ticket at all, but a complete fraud, he also stopped calling the Lottery on behalf of McMinn.  This attorney later warned Lottery officials that McMinn had made threatening verbal remarks against Lottery employees.

This case was the product of an investigation by members of the CSLEA and CACI Members – Investigators Stacy Frazer (now retired), Victor Santiago and Robert Forte.