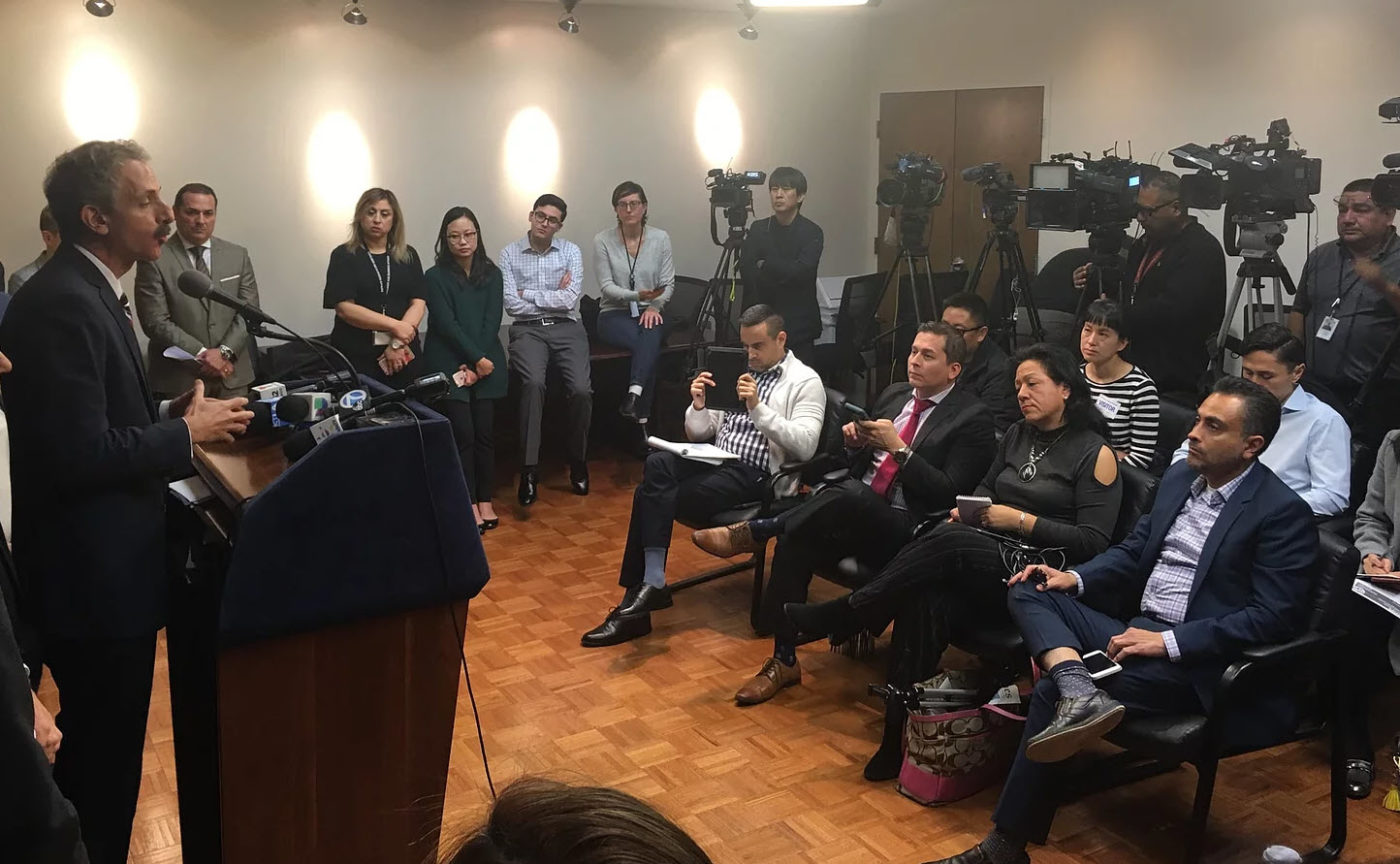 LOS ANGELES – On January 8, 2019, the Los Angeles City Attorney announced that his office has filed criminal charges against four individuals in three cases regarding immigration issues including:

In one case, James Balsamo, 53, of Westminster, is charged with witness intimidation and sending harassing electronic communications to his former employee. In 2017, while doing business as Tru Way Construction, Balsamo allegedly hired a Latino day laborer for six days’ work on a construction project, and then failed to pay him.  The worker filed a claim with the California Department of Industrial Relations, and was awarded $4,917 in back wages and penalties. After Balsamo learned of this worker’s claim, he allegedly sent multiple threatening texts to the victim’s cell phone, which included an offensive racial remark. Additionally, Balsamo allegedly threatened to have this worker arrested and deported. To support this threat, Balsamo is alleged to have sent the victim a text message stating, “Trump is coming to town.”

“This case was investigated by a state investigator with the Department of Industrial Relations, California Labor Commissioner’s Criminal Investigation Unit,” said California Statewide Law Enforcement Association (CSLEA) President Alan Barcelona.  “These investigators work to protect workers and California’s economy.  All three of the cases mentioned here were part of a DIR investigations.”

In a second case, Judith Gil, 65, and her daughter Minerva Gil, 36, of Los Angeles are charged with multiple criminal counts based on their alleged operation of an illegal immigration consulting business that has preyed upon individuals seeking residency, asylum, and other forms of legal status in the United States. Judith and Minerva Gil are both accused of allegedly charging clients thousands of dollars for services while offering them potentially false information and unqualified legal advice. The criminal complaint against Judith Gil includes 17 charges ranging from grand theft and immigration consultant statute violations to the unauthorized practice of law. Minerva Gil has been charged with improperly acting as an immigration consultant and with the unauthorized practice of law. Arraignment for Judith and Minerva Gil will be scheduled for March 12, 2019 in Department 48 of the Los Angeles County Criminal Justice Center.

In a third case, Eddie Rivas Bonilla, 54, of Los Angeles, has been similarly charged with improperly acting as an immigration consultant and with the unauthorized practice of law. Bonilla was previously convicted for similar conduct by the Los Angeles City Attorney’s Office in 2017, and is also alleged to have violated the terms of that probation. Arraignment for Bonilla will be scheduled for February 13, 2019, in Department 48 of the Los Angeles County Criminal Justice Center.