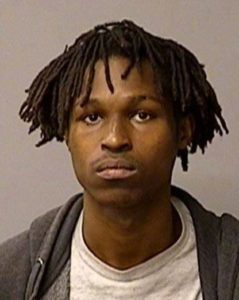 MODESTO – On February 7, 2019, Modesto Police Department detectives arrested Seth Becknel, 18, for the April 2017 murder and sex assault of Jenny Wu, 41, who had been reported missing from a mental health care facility.

“This is a case in which a suspect was arrested recently on a felony charge and, as law dictates, a sample of his DNA was taken and sent to the California Department of Justice to be processed by criminalists and entered into a database,” said California Statewide Law Enforcement Association (CSLEA) President Alan Barcelona.  “When a match was made to the murder and sex assault, Modesto police were alerted.  This case demonstrates that California Department of Justice criminalists have a vital role in identifying suspects and keeping our communities safe.  They do a remarkable job.  Without their knowledge, the science, their work and their testimony in court, think about how many cases would go unsolved or unadjudicated.”

The murder:  On April 21, 2017, Modesto Police officers responded to an alleyway regarding a person down.  Upon arrival, officers discovered the body of a partially unclothed woman.  The preliminary findings suggested that the victim, identified as Wu, was a reported missing person from a nearby care facility.

The suspect:   Becknel was arrested in December 2018 on a felony weapons charge after a store clerk called the Stanislaus County Sheriff’s Department about a man asking for money and following a customer around inside the store.  Deputies arrested Becknel after finding a concealed weapon.

In a press release, the Modesto Police Department thanked the Department of Justice Crime Lab, the Stanislaus County Probation Office and the Citizens of Modesto for their help in resolving this case and bringing justice to Jenny Wu.