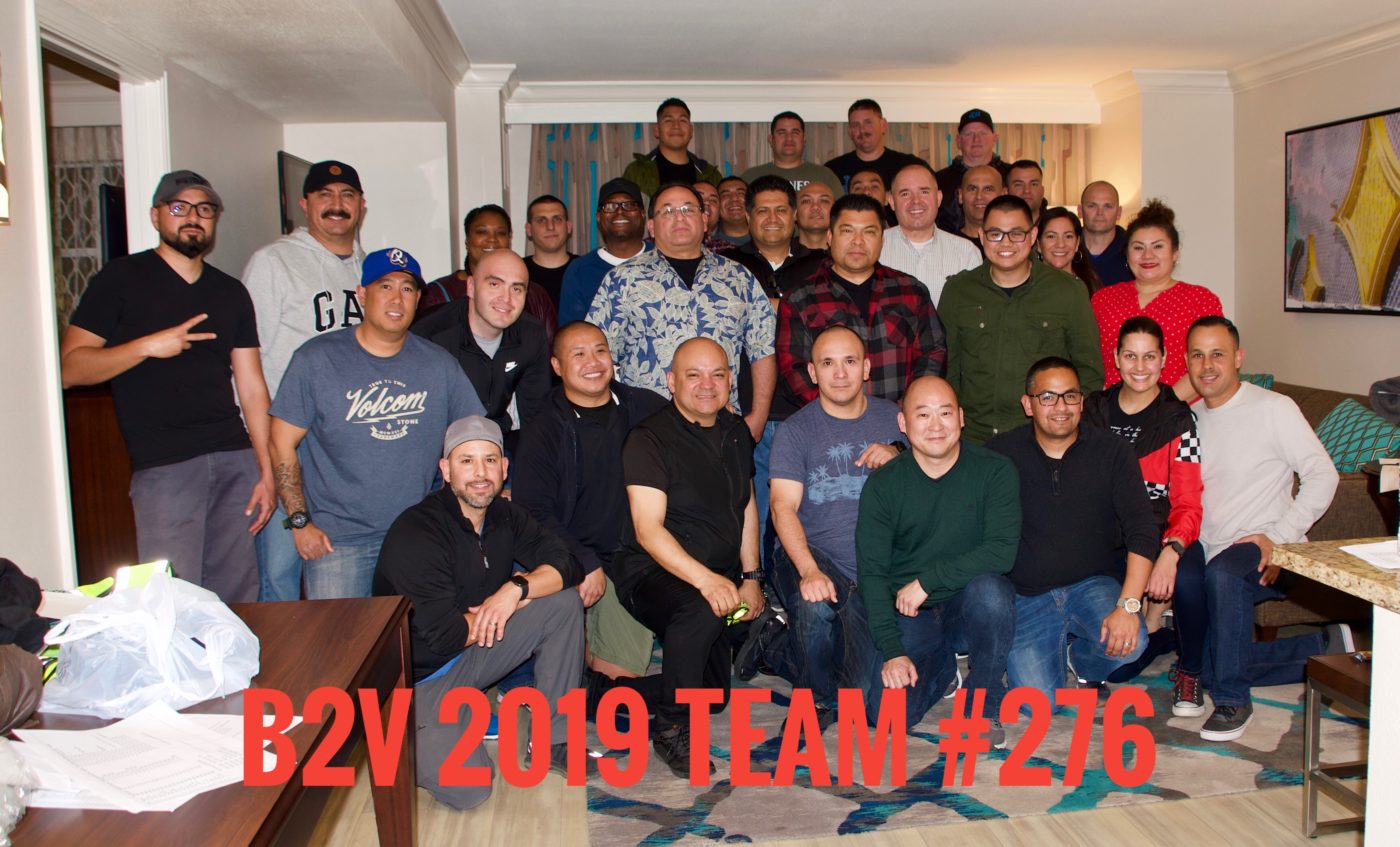 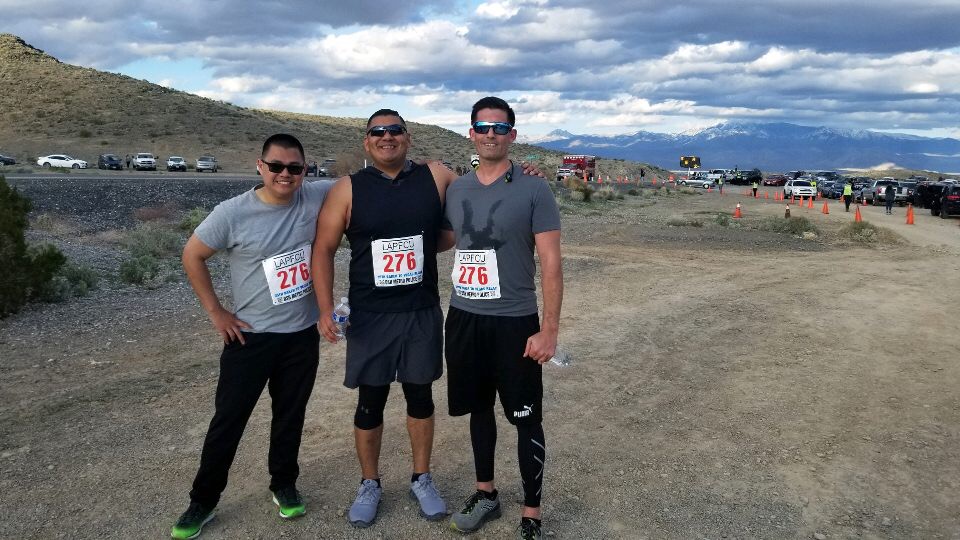 Every year, law enforcement officials from the United States and foreign countries around the world compete in a 120-mile relay race from the city of Baker, California to Las Vegas, Nevada. This year, there were approximately 286 teams competing. Each team is comprised of 20 runners who all run a “stage” of the race. The stages vary in difficulty, depending on the elevation and distance. This race is considered the largest law enforcement relay race in the world and is hosted by the Los Angeles Police Revolver and Athletic Club (LAPRAAC).  According to the Official B2V Challenge Cup Relay Rule Book, “the purpose of this highly competitive event is to promote camaraderie, physical fitness, pride, and teamwork throughout a broad spectrum of law enforcement personnel.   The grueling, non-stop competition demonstrates the need for superior physical fitness and teamwork.  It also presents a unique and more positive view of law enforcement to the public we serve.” 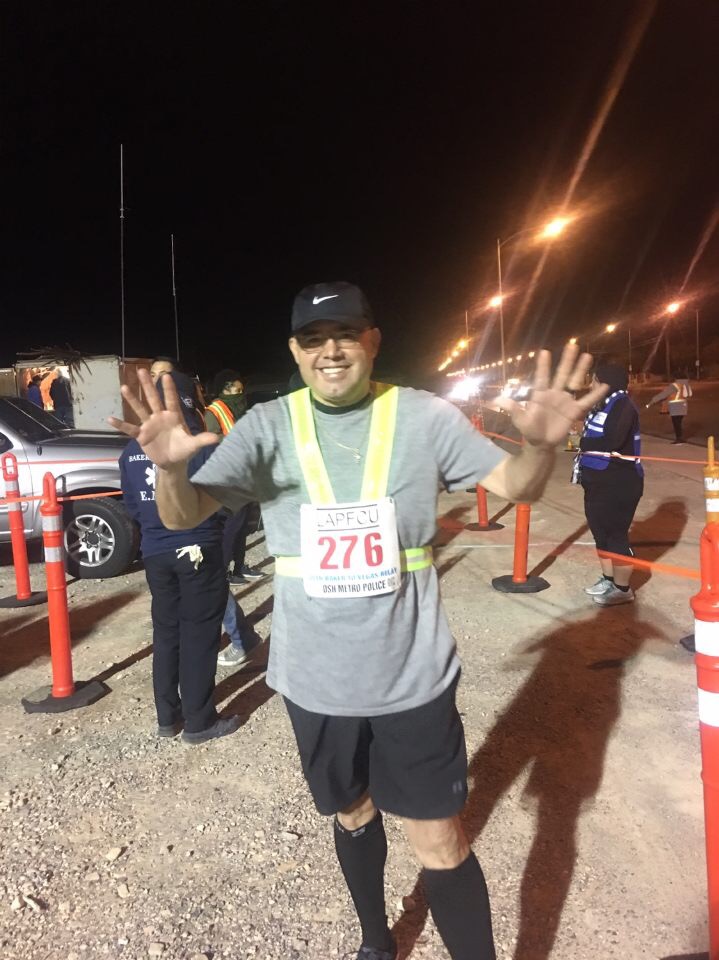 Since it was their first year, it was estimated Team #276 (DSH-Metro) would take approximately 20 hours to complete the 120 miles. Investigator Darryl Hayes, one of MSH’s consistent medal winners in track events for the Police and Fire Games, started off the relay race in Baker, California running Stage 1, which was 6.8 miles long. Investigator Jared Rodriguez, in addition to taking on the role of Team Captain, successfully ran the longest leg of the race, Stage 15, which was a total of 10.7 miles at a 4200 ft elevation. Although 90% of the team was sworn personnel, two civilians confidently joined DSH-Metro’s running team and proved to be valuable assets during the race. Psychiatric Technician Dax Arroyo ran Stage 16, which was 4.9 miles, uphill to an elevation of 5200 ft. Building Maintenance Worker Jorge Lopez ran Stage 18, which was 5.7 miles downhill beginning with a 2,800 ft elevation.  MSH’s Police Chief, Martin Rivera, finished Stage 20 strong and ended at the Westgate Hotel in Las Vegas, Nevada. Due to the vigorous effort and dedication the runners put forth, Team #276 was able to complete the race in 19 hours and 49 minutes, with no penalties. This success allowed the team to move up 20 spots and secure the title of Team #256 for next year’s race. 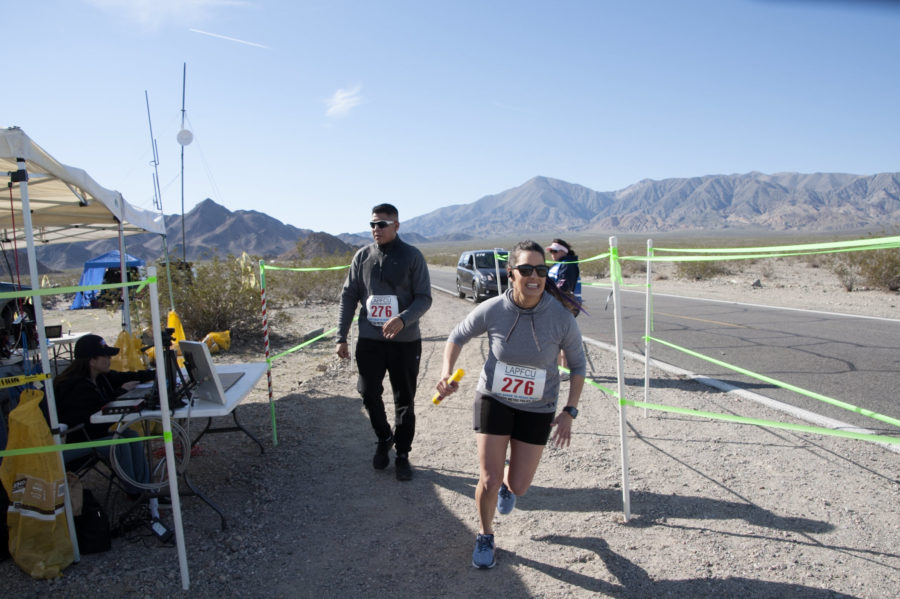 The following CSLEA members  ran for DSH-Metro Team #276 at the B2V Challenge Cup Relay and contributed to making DSH history: 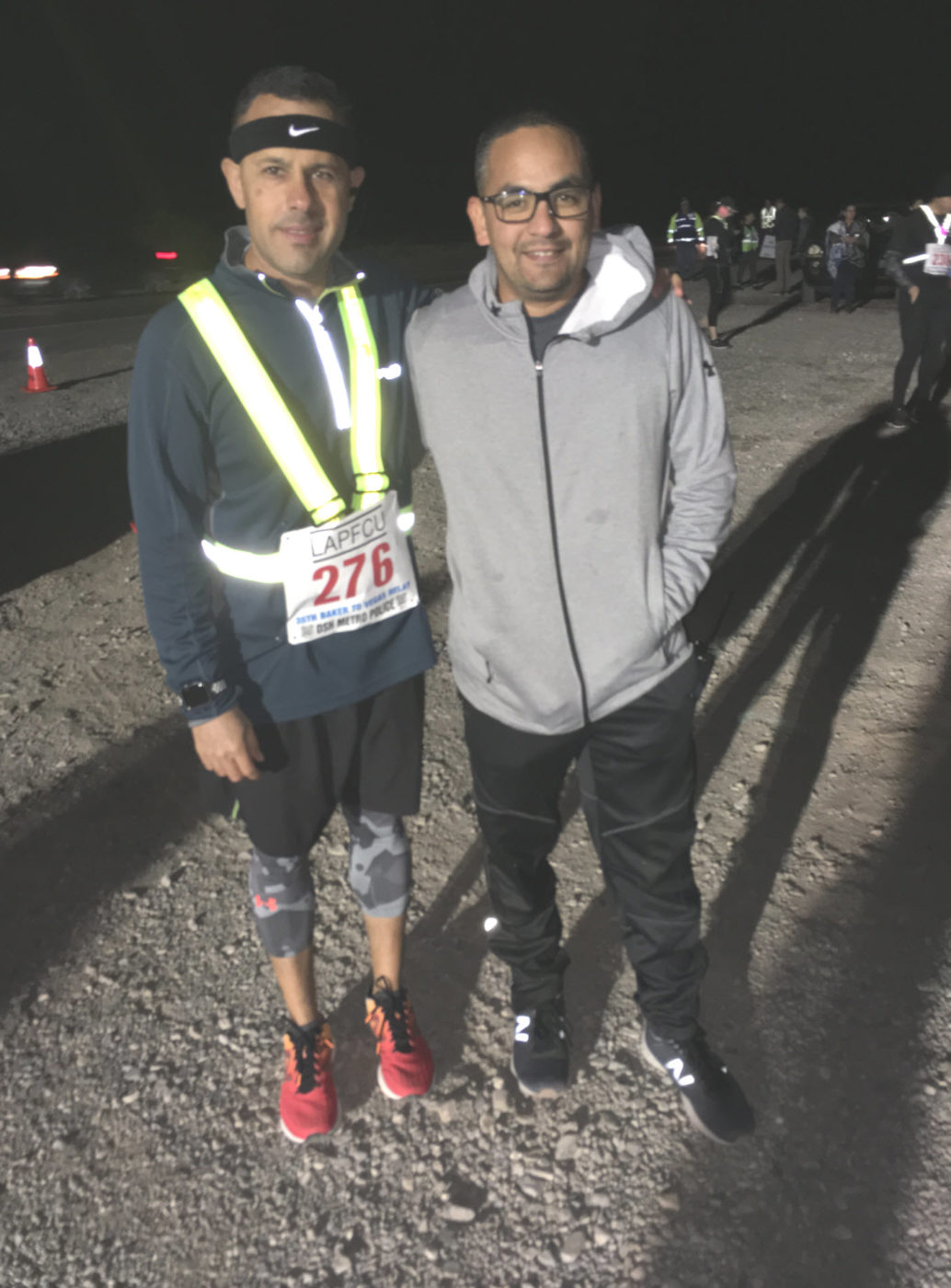 Additionally, each team is required to have “alternate” runners who ride in the follow vehicle during the race. The alternates must be prepared to run at any time, if one of the primary runners becomes incapable of beginning or completing their stage of the race. The CSLEA members who were alternate runners included Sergeant Andrew Essig (Stage 1-5),and Sergeant Andy Shin (Stage 11-15).

During the event, support staff played a critical role in the overall success of the team. Support staff is in charge of meeting pertinent timelines to avoid penalties, and taking care of the runners before, during and after their run. Support staff duties consist of maintaining radio communication at the Command Post, accounting for radios, vests, and other equipment, transporting runners and support staff to their designated stages, photographing runners and support staff, “catching” incoming runners, providing water and food for runners, driving the follow vehicle, and maintaining radio communication between command post and other follow vehicles on the race course. The following CSLEA members were support staff members and performed one or more of the above mentioned duties:

Although this event was challenging, stressful, expensive, and time consuming, Team #276 could not deny it was an honor and a memorable experience to represent DSH on this running team. Investigator Jared Rodriguez built the ultimate prototype plan for all Team Captains to use in the upcoming years. All of the runners and support staff who took a part in the team’s success have left behind a legacy. The DSH-Metro running team plans to make the Baker to Vegas Challenge Cup Relay an annual tradition and hopes to reach a point where they can qualify to take home the coveted prize of a “Challenge Cup” (Mug). They are looking forward to gaining more support from fellow coworkers, sponsors, family and friends in future races. Lookout for them in 2020! They’ll be Team #256 and stronger than ever!