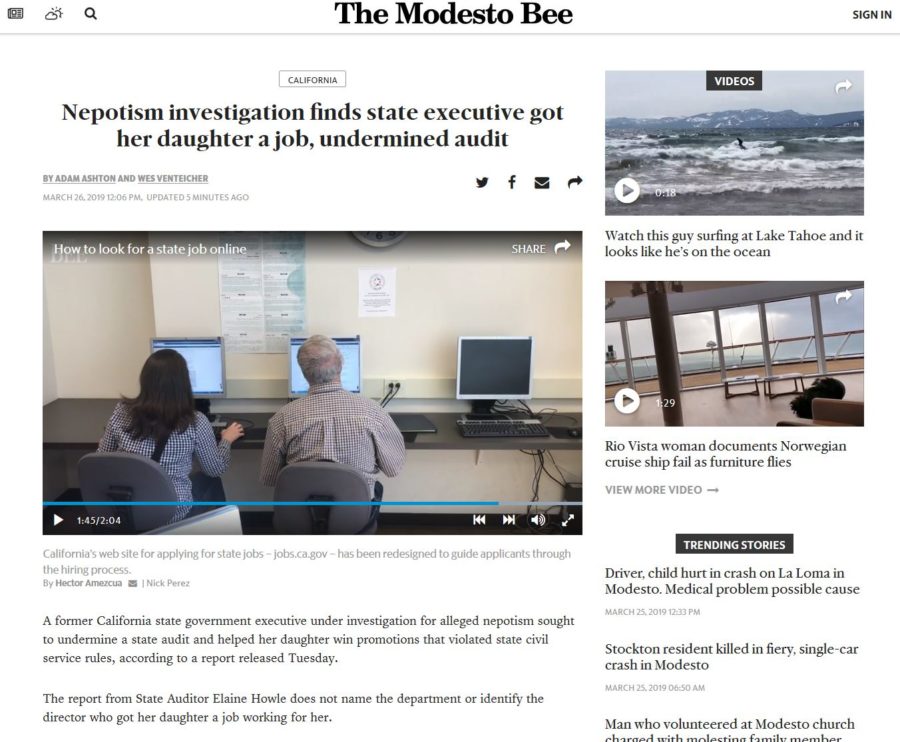 A former California state government executive under investigation for alleged nepotism sought to undermine a state audit and helped her daughter win promotions that violated state civil service rules, according to a report released Tuesday.

The report from State Auditor Elaine Howle does not name the department or identify the director who got her daughter a job working for her.

Margarita Fernandez, spokeswoman for the auditor’s office, said Howle declined to name the director and the department in the report because doing so could inadvertently disclose the identity of whistleblowers.

It also matches information disclosed in a lawsuit challenging the dismissal of a Department of Industrial Relations employee, and a state investigation into that worker’s firing.

“We are grateful that public disclosure of the independent findings of the California State Auditor has confirmed the caustic environment in which my client worked which was fraught with favoritism and retaliation,” said Kasey Clark, chief counsel for the California Statewide Law Enforcement Association, which filed a lawsuit in Alameda County Superior Court contesting the employee’s dismissal.

read the rest of the article at: https://www.modbee.com/news/state/california/article228428574.html