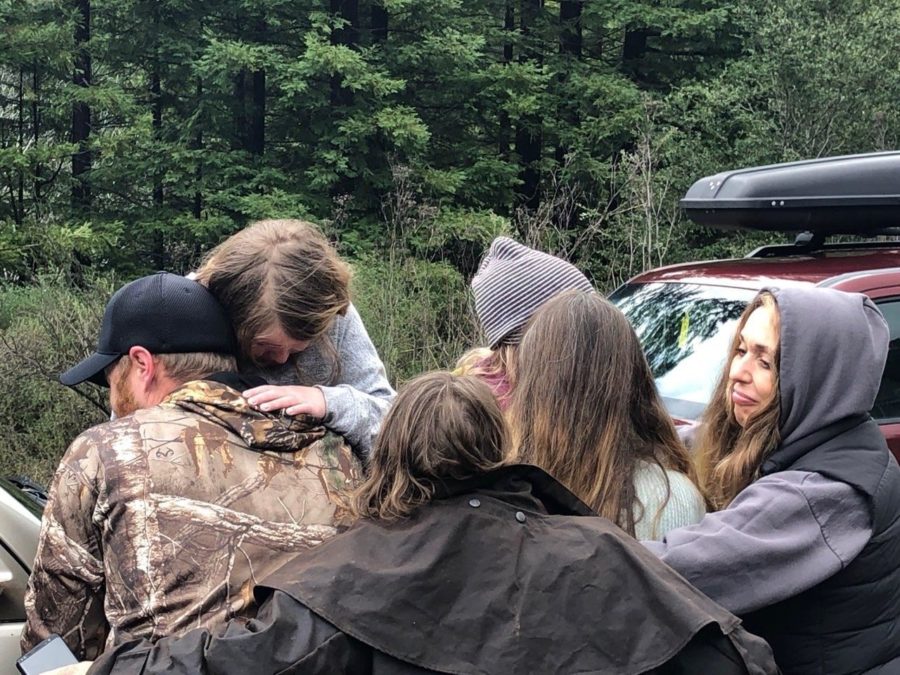 GARBERVILLE -  It was with much relief and happiness that the Humboldt County Sheriff’s Office announced on March 3, 2019 that search and rescue teams found two young Benbow girls who had been missing from their home for 44 hours.  Caroline Carrico, 5, and Leia Carrico, 8, were found at 10:30 a.m. about a mile and a-half from their home.

Two search and rescue volunteers located boot prints believed to belong to the girls around 8:30 a.m. Those tracks led the team to an area near Richardson Grove State Park. Caroline and Leia responded when crew members called out to them. The girls were located huddled together under a bush. The sisters were evaluated by medical personnel for dehydration and given water and warm, dry clothing. They were reunited with family shortly after being located. The girls told first responders that they were following a deer trail when they had become lost. The two decided to stay put, drinking fresh water from Huckleberry leaves. 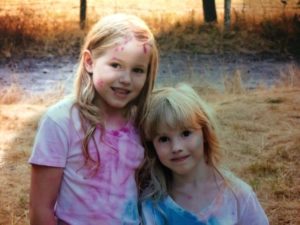 “We are deeply touched that the children were found unharmed and are grateful to all who assisted in the search” said California Statewide Law Enforcement Association (CSLEA) President Alan Barcelona.  “CSLEA represents first responders from a number of the state agencies that were called upon to help.  We thank them for their service and their commitment to the citizens of this state.”

More than 250 personnel from across the state responded to assist in this operation.

The Humboldt County Sheriff’s Office thanks all of the agencies and jurisdictions involved in bringing Caroline and Leia home safe.  “We would like to especially thank the Governor’s Office of Emergency Services (Cal OES) for their assistance in coordinating agency response from across the state, the California National Guard for their ground and air support provided, and Mendocino, Napa and Marin counties for helping organize the search and rescue operation.” 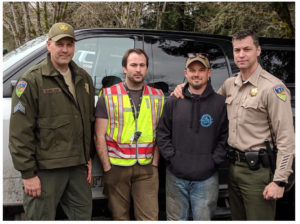 Other agencies that assisted: