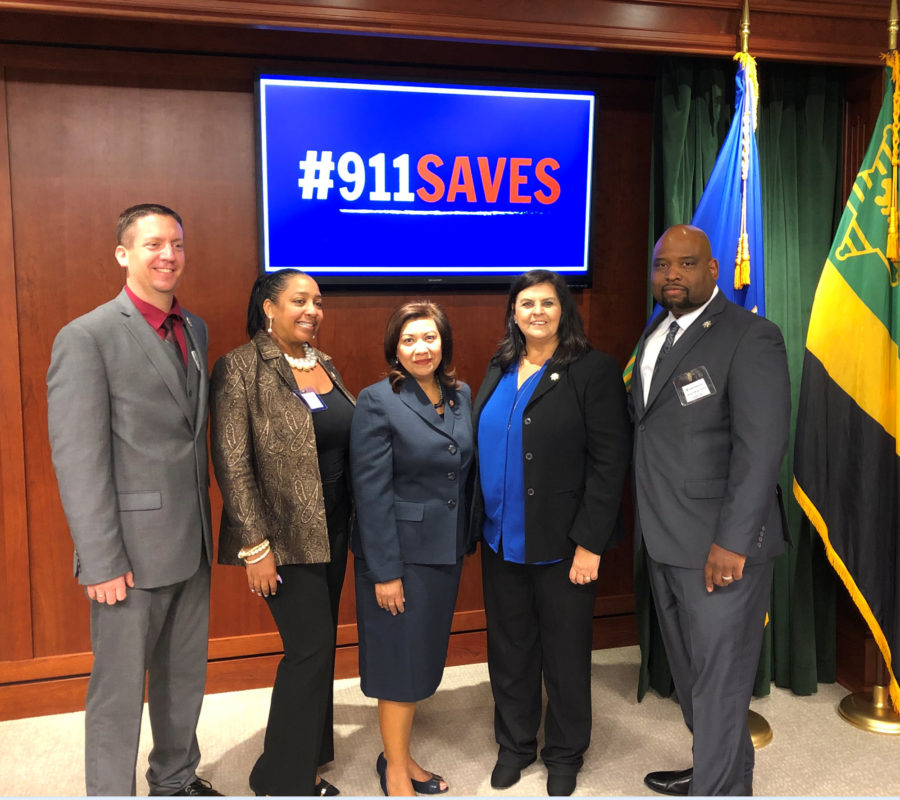 LOS ANGELES – On April 17, 2019 California Statewide Law Enforcement Association (CSLEA) representatives joined Congresswoman Norma J. Torres at her press conference in support of passing her 911 SAVES Act which gives public safety dispatchers the job classification they deserve.  Dispatchers  are currently classified as clerks and the 911 SAVES Act would classify the work they do as protective services, changing the job classification of public safety dispatcher to one they deserve!

“We are highly trained public safety professionals and true first responders who deal with real life emergencies.  We come into contact with panicked and/or hurt people on what is likely the worst day of their lives,” said Brazil.  “We are their lifeline.  We make decisions that can save lives.  We are on the life-saving end of the phone for those in dire emergencies.”

Watkins spoke of the disastrous fires that destroyed homes and claimed lives in California the past two years.  “Every one of those calls for help were handled by a public safety telecommunicator.  Without those highly trained individuals, cities would not have been able to be evacuated.  Large numbers of people coordinated by crews on the ground and dispatch centers to relate to multiple agencies so we can get the same information out.”

The 911SAVES Act would reclassify dispatchers from clerk to a protective service occupation, essentially removing them from administrative and put them into the public safety category.

“Public safety dispatchers are nothing short of first responders and public safety professionals,” said CSLEA President Alan Barcelona.  “They pay the price with long hours and emotionally taxing experiences on the job.  They have earned this job classification.”