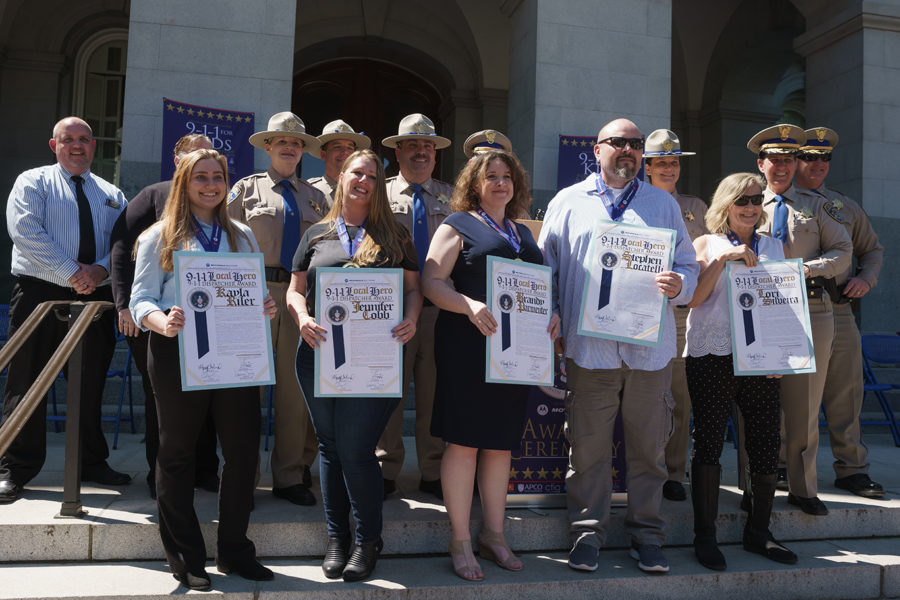 SACRAMENTO -  On April 18, 2019, five CHP dispatchers were recognized and honored for their outstanding work in response to emergencies in Northern California.  The awards were presented at a 9-1-1 Heroes Award ceremony held at the state Capitol.

“These five public safety professionals deserve to be in the spotlight, three of them for their role in helping fire victims in Paradise, one for helping a child travelling in a car as a violent domestic dispute was occurring, and one for spending hours on the line with a suicidal subject involved in  a stand off with officers.  This certainly gives you an idea of a day in the life of a dispatcher for sure.  Congratulations and great job to all five,” said Victor Tovar, vice president of the CHP- Public Safety Dispatchers Association (CHP-PSDA).  Tovar was honored to witness the award ceremony and personally congratulate the CHP dispatchers, all members of CHP-PSDA and the California Statewide Law Enforcement Association (CSLEA). 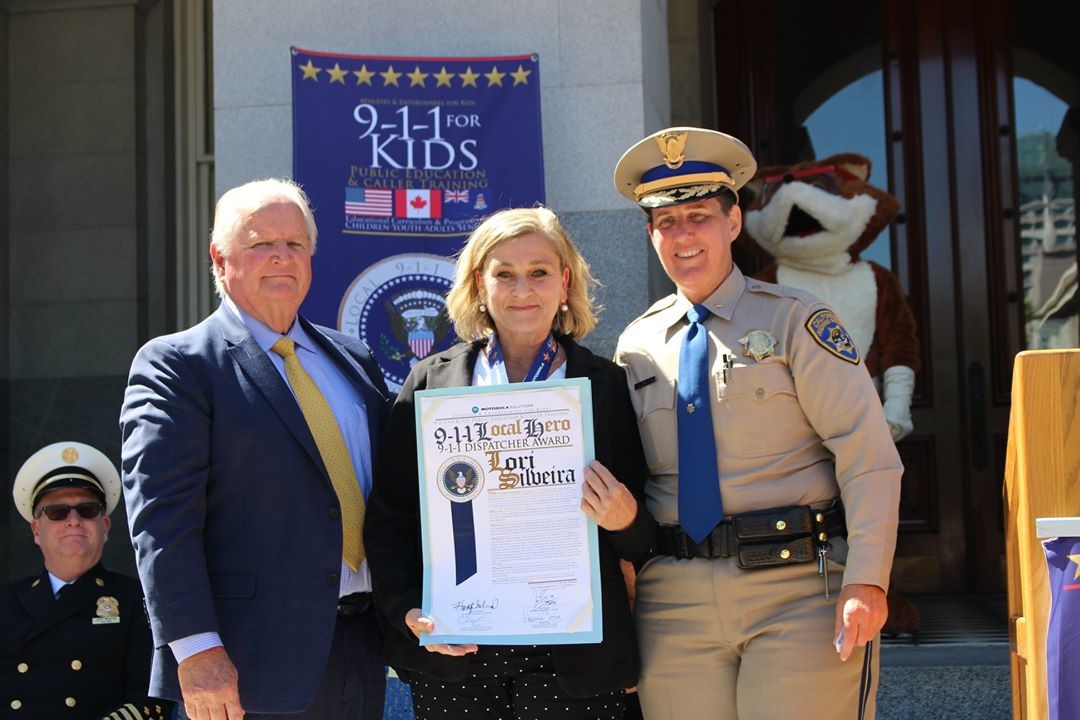 On November 8, 2018, Silveira, was working overtime when, at 7:46 pm, she received a 9-1-1 cellphone call from a terrified eight-year-old girl named Elizabeth. Elizabeth was in the back seat of a moving vehicle when her father began beating her mother who was driving.

Silveira quickly established the child’s trust by changing her tone of voice and exchanging first names with the child.  She then, with caution, got pieces of information that would help officer locate the moving vehicle.  Elizabeth repeatedly told Silveira that she was “really scared.”  Silveira was able to reassure the child, telling her how brave she was while still encouraging her to answer more questions.

Until the units were able to make an enforcement stop, Silveira was able to keep Elizabeth calm by telling Elizabeth that the officers who were coming to help were her friends. In order to assist the officers with locating the vehicle on the freeway, Silveira established with Elizabeth that she was on an iPhone, talked her through how to turn on the flashlight, and instructed her on how to point the light out the back window and wave it so the officers could figure out which vehicle she was in. Silveira stayed on the phone with Elizabeth until CHP – Contra Costa Area units were able to pull the vehicle over and detain the involved parties. 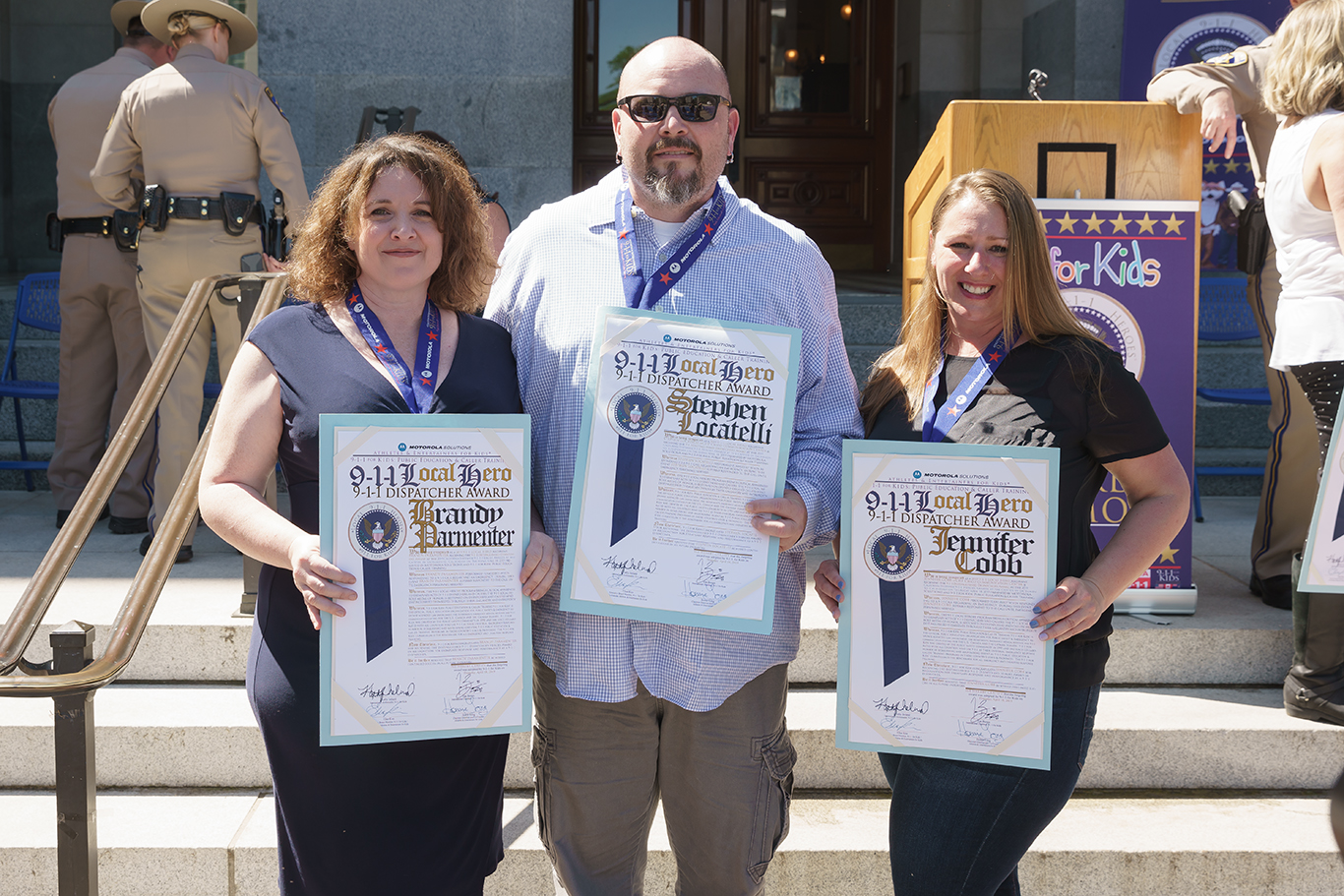 Dispatchers Parmenter, Locatelli and Cobb were on the job the morning the deadly Camp fire that destroyed the town of Paradise broke out.  They responded to one panicked caller after another and coordinated response, as homes and families were in danger.

Dispatcher Parmenter has worked in the Chico Communication Center since 2010.  She began her CHP dispatcher career at the Golden Gate Communications Center.  She worked as a radio dispatcher for both the Oroville Spillway Emergency in 2017 and the Camp Fire in 2018.  During the camp fire she coordinated units and relayed critical information to CHP personnel from numerous allied agencies.

Dispatcher Locatelli has worked in the Chico Communications Center for 14 years.  Locatelli was the original dispatcher working when the Camp Fire broke out.  His geographic knowledge of Butte County and Paradise was instrumental in his ability to assist with the initial deployment of hundreds of first responders.

Dispatcher Cobb joined the CHP in September 2015.  She credits her positive attitude, her fellow dispatchers, officers and allied agencies for their professionalism and ability to respond to emergencies. 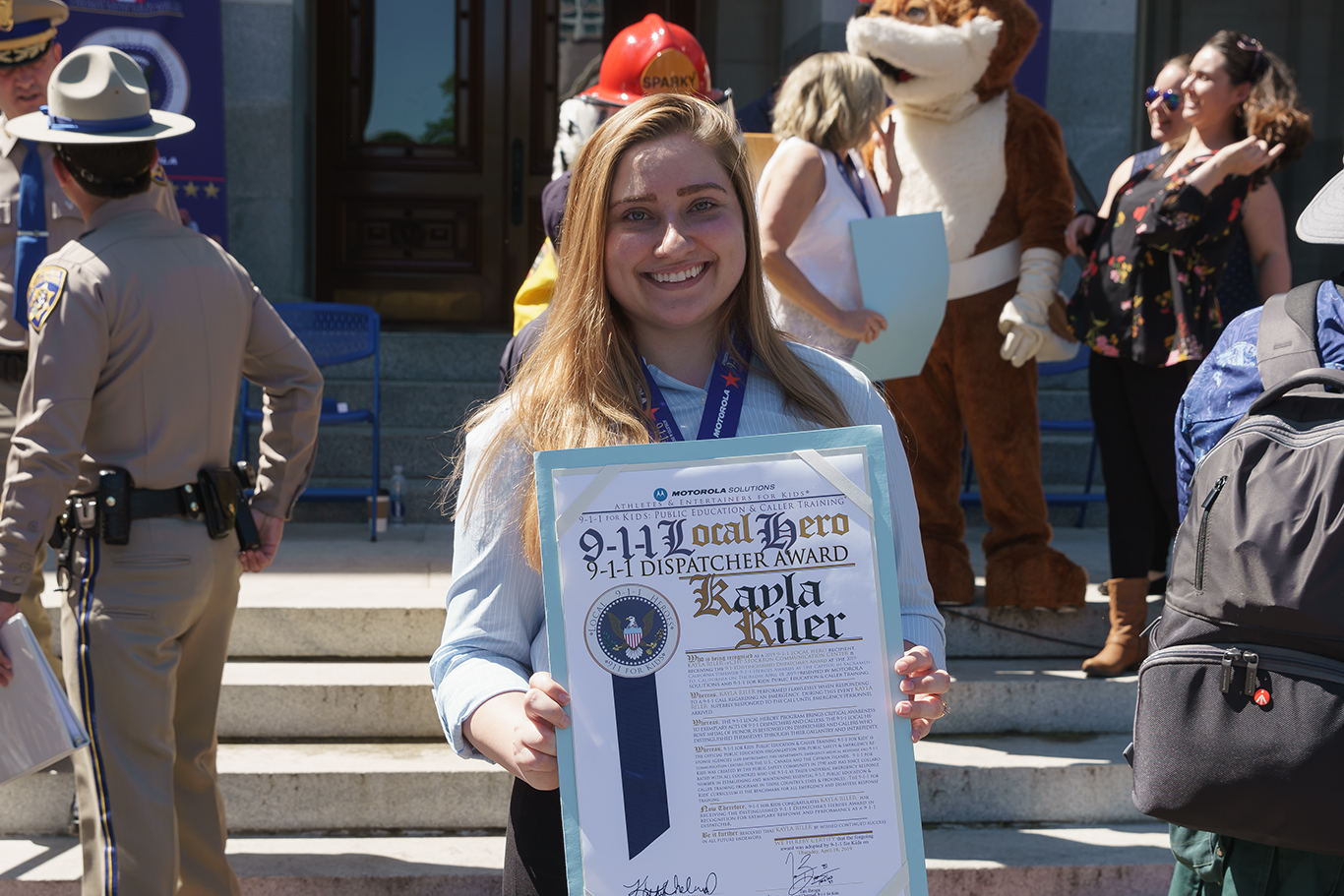 On November 27, 2018, Dispatcher Kayla Riler received a call from a suicidal man at the Jackson Rancheria RV Park. The caller stated he was heavily armed and would kill himself and anyone who came to his door. The Amador County Sheriff’s Department responded and attempted to make contact, but due to the trust Riler built with the caller, he refused to speak to anyone except her. She was supported by her fellow dispatchers and members of the Amador and San Joaquin County Sheriff’s Departments Crisis Negotiation teams throughout the incident. After six hours of talking to the distraught person, Riler was successful convincing him to exit his RV and safely surrender to awaiting deputies. At the conclusion of the incident she said, “I chose this profession because I wanted to help people and save lives; tonight, was a good night, I got to do both!”