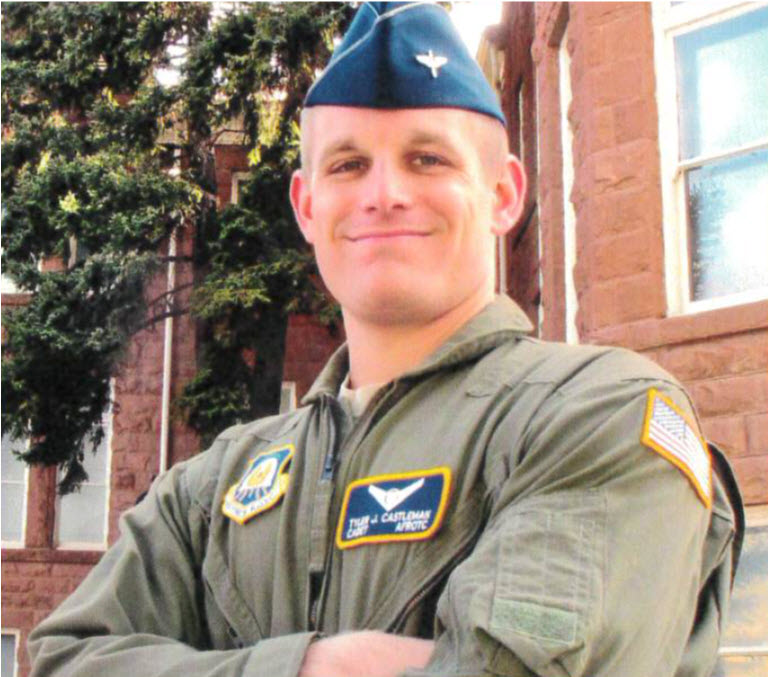 SACRAMENTO – It is not often that the California Statewide Law Enforcement Association (CSLEA) or its affiliate the California Association of Regulatory Investigators and Inspectors (CARII) learns of the accomplishments and completion of goals of their scholarship recipients – but today is different.   Today CSLEA and CARII learned of Second Lt. Tyler Castleman’s graduation from Northern Arizona University with a Bachelor of Science degree in Political Science and a Minor in Arabic, International Studies. 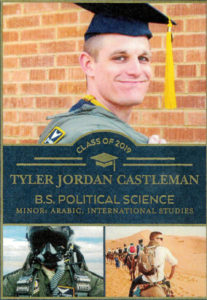 Castleman is the son of proud father Randy Castleman, a valued CSLEA and CARII member, and a program representative II with the Bureau of Automotive Repair, Riverside field office.

“I would like to see him flying safer missions in the C-17 or a tanker,” said Tyler’s dad, Randy Castleman.  “Hey, he could even go for Air Force Two, a C-32 (much like the Boeing 757), designated for the Vice-President, or Air Force One. He will be great at flying any of them.”

“Our thanks to the Castleman family for sharing their son’s success with us,” said CSLEA President Alan Barcelona.  “We are so proud that we were able to financially assist Tyler with his education through our scholarship program.  We are proud of his hard work and accomplishments, and his parents who love and guided Tyler along the way.  Great job and congratulations.”