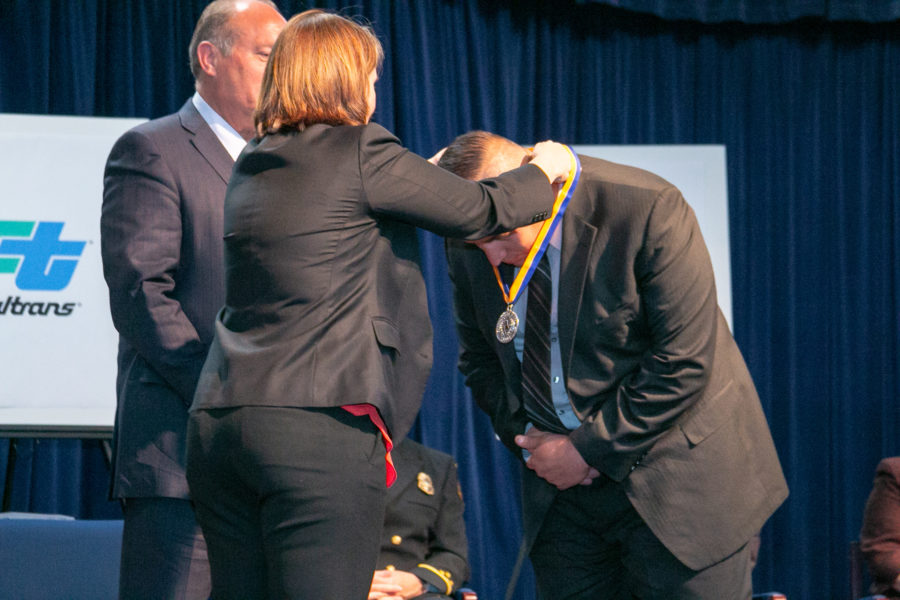 WEST SACRAMENTO – Congratulations and Kudos to California Department of Insurance Detective (CDI) Antonio Camacho who, on May 2, 2019 was awarded the Governor’s State Employee Medal of Valor Silver Medal for an act of bravery that put him in harm’s way and protected a man, and possibly others, from becoming victims of an assault by a man swinging a bat in a threatening manner inside a bank.

The medal was presented to Detective Camacho at the CHP Academy in West Sacramento by Insurance Commissioner Ricardo Lara.  Also present at the ceremony was CDI Enforcement Branch Deputy Commissioner George Mueller. 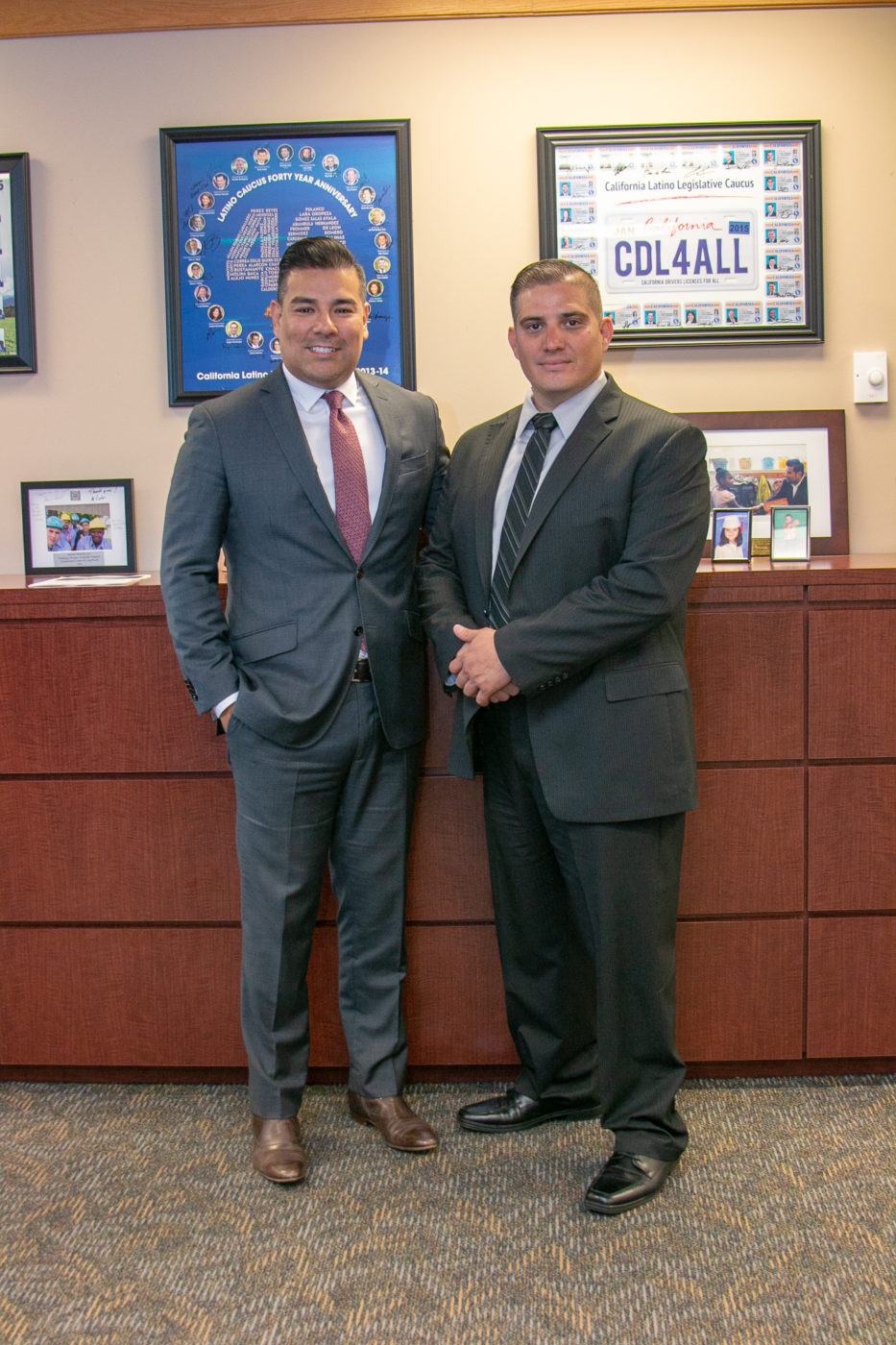 On September 8, 2017, Fraud Detective Camacho was inside a Wells Fargo Bank in the city of Ontario when he heard a man yelling behind him. Camacho turned around and saw a male carrying a baseball bat in a threatening manner while following another man into the bank.

“Thank you, Detective Camacho, for protecting from harm, every individual who was inside that bank when the bat wielding man entered in a threatening manner,” said CSLEA President Alan Barcelona.  “It takes courage, strength and training to solely intervene like that.   We are proud of your actions to protect others and proud of your work at the California Department of Insurance.  You make CSLEA and CACI leadership and membership proud.” 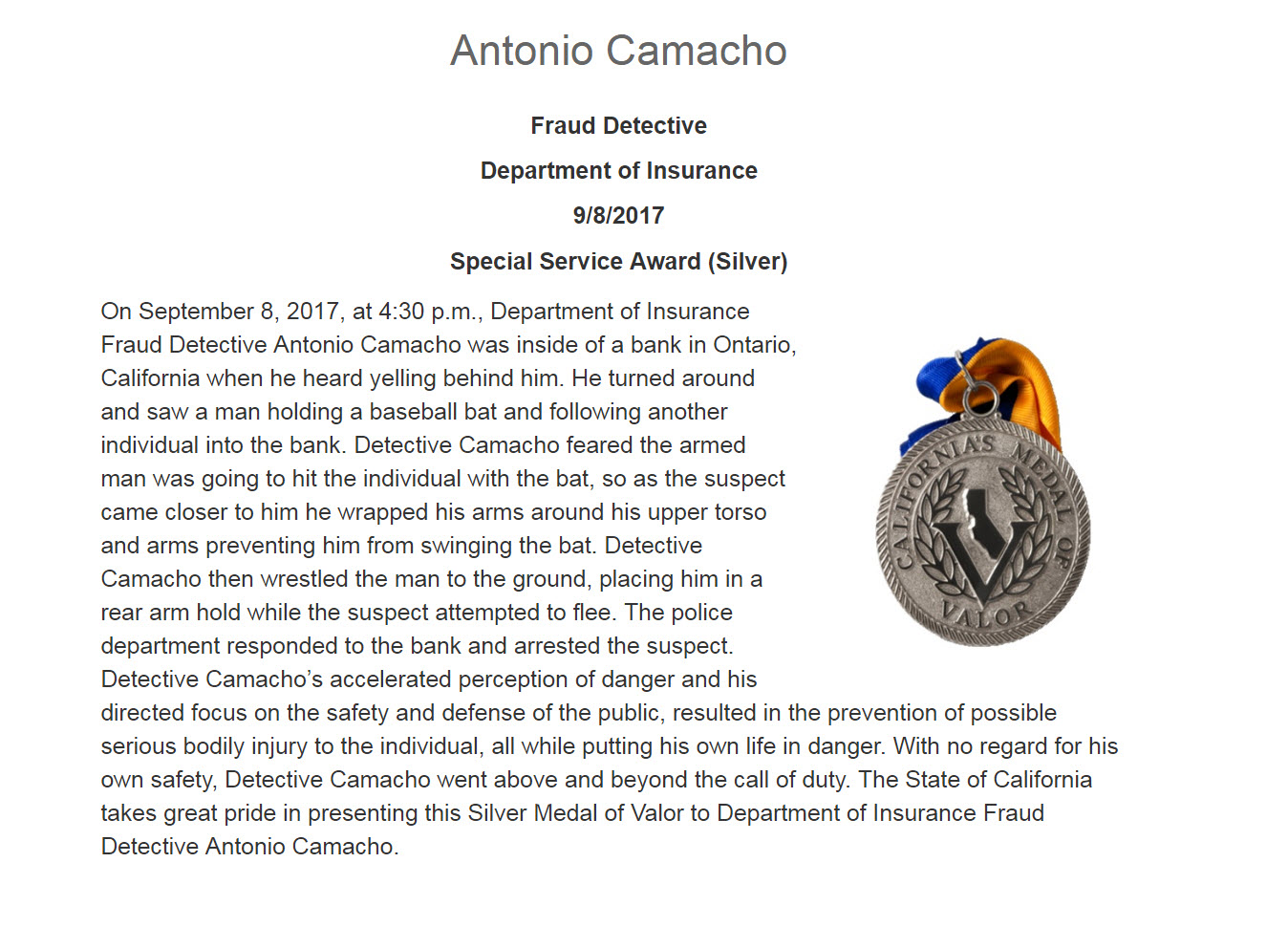