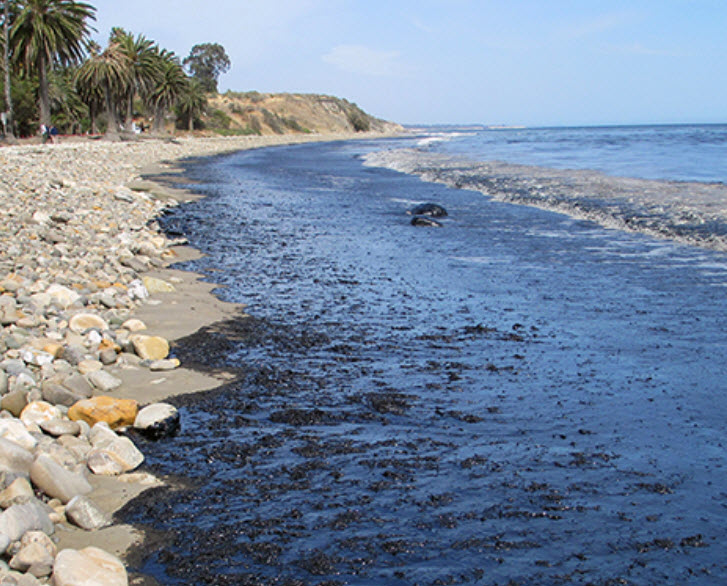 SANTA BARBARA – On April 25, 2019 the Santa Barbara County District Attorney’s Office announced the sentencing of Plains All American Pipeline, L.P. (Plains) for the 2015 Refugio Oil Spill in Santa Barbara County.  Plains was sentenced to pay more than $3.347 million in fines and penalty assessments.

While the Court made findings including that Plains knew or should have known its pipeline would rupture, the judge denied the People’s request to impose probation and for a significantly larger fine. The Court retained jurisdiction over restitution for victims, and the next hearing on that issue will be held on July 10, 2019.

On May 19, 2015, a highly-pressurized pipeline operated by Plains to transport crude oil ruptured onshore just north of Refugio State Beach in Santa Barbara County. Evidence presented at trial demonstrated that more than 140,000 gallons of crude oil were released from the pipeline, spilling crude oil into the Pacific Ocean and spreading across coastal beaches. At trial, testimony revealed that more than 100,000 gallons of crude oil were never recovered. Local, state and federal agencies led efforts to protect natural habitats and to try to address the residual hazardous materials remaining along the coast.

On September 7, 2018, a Santa Barbara County jury returned a verdict finding Plains guilty of failing to properly maintain its dangerous, highly-pressurized pipeline, which led to the discharge of crude oil into the Pacific Ocean, a felony. Plains was also found guilty of:

“This was a terrible event for Santa Barbara County and the State of California,” said California Statewide Law Enforcement Association (CSLEA) President Alan Barcelona.  “It is in times such as this oil spill that the public is introduced to state employees who protect our natural environment and respond to emergencies that threaten them.  These professionals work daily without a spotlight on the great services and expertise they provide the citizens of California.”