Congratulations to our Warden Members Who Graduated from CDFW K-9 Academy New team busts North Carolina man who had been on the run for more than 12 years. 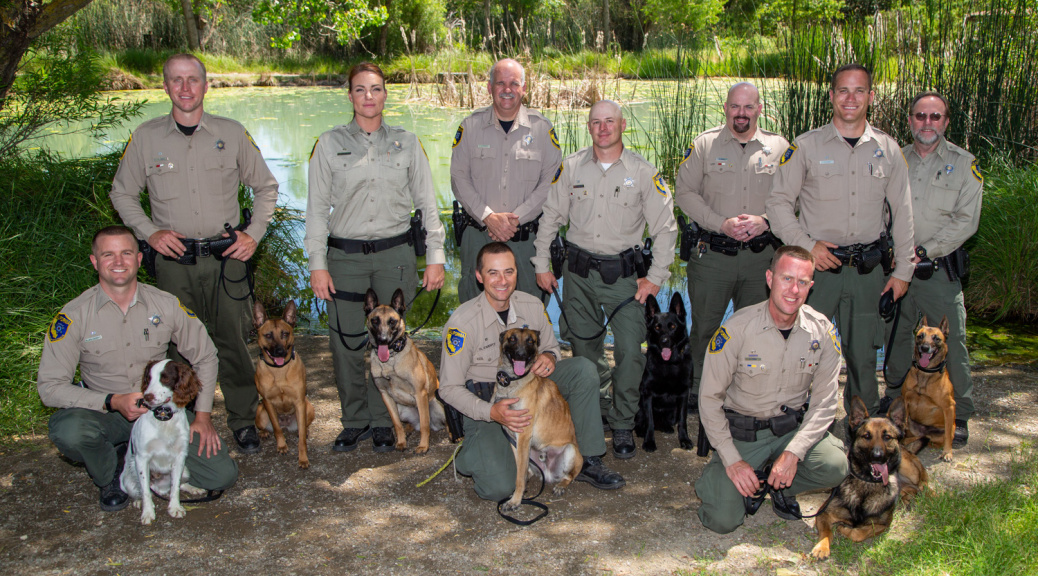 SACRAMENTO – The California Statewide Law Enforcement Association (CSLEA) and the Resource Protection Peace Officers Association (RPPOA) extends congratulations to four of their members who graduated from the California Department of Fish and Wildlife (CDFW) Law Enforcement Division K-9 Academy on May 31, 2019.   The four wardens and their K-9 partners are now ready to put their skills in law enforcement and environmental protection to work.

All of the dogs are trained to detect illegally taken wildlife, invasive species, hidden firearms, expended casings and other evidence or articles. About half of CDFW’s K-9s are dual purpose, meaning they do detection work but also protect their handlers, other law enforcement officers and the public, and aid in the apprehension of suspects.

Congratulations and great job to:

Leeloo is a 3-year-old German Shepherd.

Rage is a 2-year-old Belgian Malinois.

Tess is a 6-year-old Belgian Malinois.

The graduation followed eight weeks of intensive training to bring the dogs’ behavior and field responses up to the standards of detection and handler protection required by CDFW and California Peace Officers Standards and Training.

Just after their formal certification May 22nd, Warden Beals and his new K-9 partner Rage joined two veteran K-9 teams including CSLEA/RPPOA member Warden Nick Buckler and K-9 partner Beedo, for a first patrol. Just nine minutes into the shift, they witnessed the driver of a vehicle committing several driving violations on Highway 36 near Red Bluff. The driver made some headway before they could make the stop. It took some investigative effort to realize a passenger had hopped out of the vehicle earlier and ran off to hide in the brush. Rage deployed and soon located a lighter and a hat off the side of the road 400 yards from the where the vehicle came to a stop. Rage immediately started directly on the track while a second K-9 came in from a different angle. Warden Buckler and Beedo deployed in an adjacent canyon to cut off any possible escape. Rage tracked the suspect to his hiding place about the same time a second K-9 team established visual contact. The suspect quickly surrendered. He had outstanding warrants for 15 felony violations in North Carolina and had been on the run for more than 12 years.

“Our warden members perform great law enforcement work, often times on their own with little or nearby back up,” said CSLEA President Alan Barcelona.  “Congratulations to the graduates.  We can’t wait to hear more of their successful law enforcement work in the future.”