CSLEA and CSLB Work Toward Better Pay for Enforcement Representatives 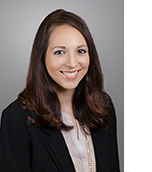 SACRAMENTO – As the California Statewide Law Enforcement Association’s (CSLEA) tentative agreement with the State makes its way to the Capitol for approval by legislators and the governor, CSLEA continues its work on a number of ongoing pay, benefit and working condition issues impacting members.

On August 20, CSLEA Senior Legal Counsel Andrea Perez and California Association of Regulatory Investigators and Inspectors (CARII) President Tom Ineichen participated in an all “hands on deck” meeting at the Contractors State License Board (CSLB).  The purpose of the meeting was to discuss with the Enforcement Representative I’s and II’s what next steps CSLB and CSLEA will be taking to rectify the pay gap between ER’s and other classifications within Bargaining Unit 7.

During the meeting, Registrar David Fogt and Chief Deputy Registrar Tonya Corcoran announced that they have reviewed a draft study completed by an independent survey firm that confirms that non-sworn ER’s should be reclassified as Special Investigators, and that Sworn ER’s should be reclassified into the Investigator series. Registrar Fogt has notified the Board Chair and they are in full agreement. Both Fogt and Corcoran explained what CSLB’s next steps are. The finalized report will be obtained and CSLB will prepare a formal reclassification request for the Department of Consumer Affairs (DCA) to review and approve. Once it’s approved, it will be forwarded onto CalHR for approval. CSLB/DCA and CSLEA will begin working together through a newly established Joint Labor Management Taskforce included in the tentative agreement to make sure the reclass process happens as quickly as possible and to address any issues that arise.

Fogt and Corcoran also announced that the number of ERII’s within CSLB will no longer be limited. This means that CSLB has approval by DCA Personnel to utilize the ER-I and ER-II classifications like a deep class. When an ER-I meets the minimum qualifications of an ER-II and is reachable on the ER-II exam list, and also demonstrates good performance, he or she will be upgraded in place to an ER-II position. This change has already been approved by DCA Personnel and is effective September 1, 2019.

Counsel Perez and CARII President Ineichen answered many questions regarding timelines and next steps. Ineichen reiterated that the bargaining process is not as transparent as some would like but that agencies and CSLEA can clearly work together to achieve what is best for employees. Both reiterated CSLEA is happy to be working closely with CSLB to improve the pay for ER’s and address the inequities.

“During the course of all of our contracts, CSLEA works to address and push for improvements for our members.  We don’t rest simply because there’s an MOU or tentative agreement in place,” said CSLEA President Alan Barcelona.  “We are pleased that CSLEA and CSLB are working together to make positive changes for Enforcement Representatives.  Our members should know that our work doesn’t stop there.”