CARMEL -  On September 13, 2019,  California State Parks rangers assisted with two simultaneous calls, one involving a reckless driver who led Monterey County Sheriff’s deputies on a pursuit and then became trapped on a cliff after he bailed on foot; the second call involved rescuing a man who  climbed a barbed wired fence into an area he shouldn’t have been in, to go for a swim.

Deputies responding to the water rescue near Point Sur Lighthouse, encountered a silver Honda Civic driving wildly on Highway 1. The driver was speeding southbound in the northbound lane, sporadically weaving through traffic going in both directions. Deputies caught up to the vehicle at Point Lobos, however, the driver ignored the lights and sirens and continued southbound. 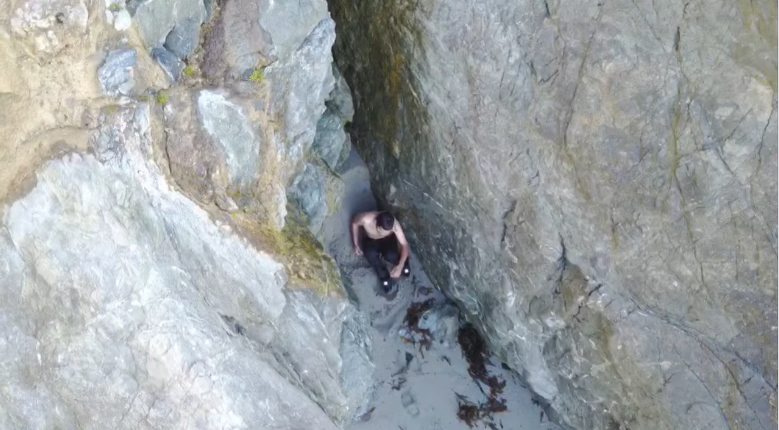 As the suspect continued through Big Sur and further down the coast, deputies requested the assistance of California State Park rangers and CHP ground and air units.  The suspect side-swiped a guardrail near Nepenthe restaurant but kept driving.  A CHP patrol officer waiting about 15 miles south, deployed spike strips that successfully punctured three of the suspect’s tires. When the Civic became disabled, the suspect ran from the car and skidded down the cliff-side to the beach below.  Ultimately, the suspect realized he had nowhere to go and made his way north along the beach to a location where deputies and rangers made their way down the cliff via an obscure trail.

The suspect, Christopher Adam Chavez, of Gilroy, was arrested. He was evaluated by paramedics and reportedly admitted to being under the influence of narcotics. Because of his fall off a cliff, he was airlifted to the trauma center at Natividad Medical Center. 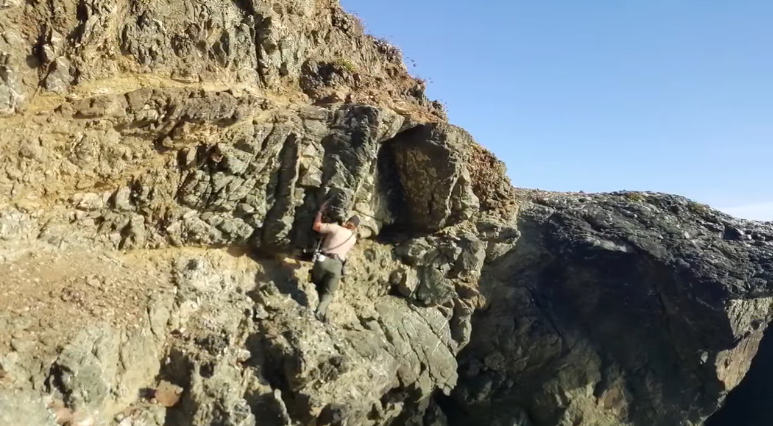 Chavez is facing charges of reckless driving, felony evasion, resisting arrest, and driving under the influence.

All the while the pursuit was taking place, additional California State Parks rangers responded to the water rescue near Point Sur.  A man from Oregon had jumped a barbed wire fence to take a swim. Rangers got him to safety, then issued him a citation for trespassing.  He also had a suspended Oregon driver license.

In a Facebook post, the Monterey County Sheriff’s Office thanked all the agencies that worked together Friday, and each day to provide services to this remote area of the county.

“California State Parks rangers know the areas in and around state parks like they know the layouts of their own homes,” said California Statewide Law Enforcement Association (CSLEA) President Alan Barcelona.   “It’s not by happenstance that they knew of the obscure tail leading to the suspect who led deputies on a pursuit.   These armed, sworn peace officers are of great assistance to local law enforcement officers.  Working together, these departments increase the public’s safety and for that we are grateful.”