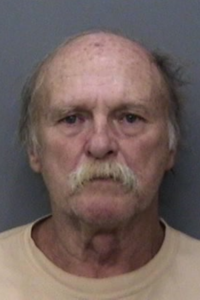 REDDING – On September 5, 2019 the Shasta County District Attorney’s Office announce that a jury found Patrick Tenerelli guilty of a felony charge for contracting without a license in a declared disaster area. The judge also found Tenerelli’s prior felony strike conviction to be true.

Contracting without a license is normally a misdemeanor but becomes a felony when it occurs at a home damaged in a designated disaster area. Tenerrelli contracted for fence construction at a home damaged by the Carr Fire, even though he did not have a contractor's license.

The case was a joint operation by investigators from the Contractors State License Board (CSLB) and The Shasta County District Attorney’s Consumer Protection Unit.

Tenerelli will be sentenced on October 4, 2019.

“Thankfully CSLB is out in disaster areas to assist homeowners who have damaged or destroyed property due to a disaster,” said California Statewide Law Enforcement Association (CSLEA) President Alan Barcelona.  “Licensed contractors go through criminal backgrounds checks and pass exams.  If there is a problem with a licensed contractor, CSLB help out.  Thank you to our CSLEA members who work so diligently at CSLB to protect California homeowners who are rebuilding after devastating fires and other disasters.”