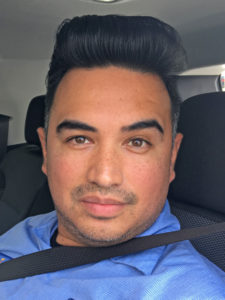 “Once CDI detectives are tipped off to possible fraud, not even the most complicated of cases can stop them,” said California Statewide Law Enforcement Association (CSLEA) President Alan Barcelona.  “And good thing, because insurance fraud runs rampant in the State of California and the nation.  Hopefully the victims gain restitution.”

Garcia allegedly submitted seven fraudulent life insurance applications to the insurance company between December 2014 and January 2015, which caused the company to issue more than $50,000 in advanced commissions to the managing general agent, World Financial Group. Garcia received approximately $20,382 of these funds. All the life insurance applications contained the same banking information for premium payment, resulting in unauthorized attempted deductions from an unrelated insured’s bank account. The applications also contained information pertaining to the proposed applicants’ personal identifying information, including social security numbers, contact information, and driver licenses which was found to be bogus.

After executing multiple bank search warrants, CDI investigators became aware of victims whose relationship with Garcia began when he prepared their income taxes. After gaining their trust, Garcia allegedly convinced them to rollover their retirement accounts into another account he controlled through two of his companies, Building Bridges Financial Firm LLC and VOS Financial LLC.

From February 2014 to February 2018, Garcia represented himself as a financial advisor and allegedly embezzled roughly $598,906.52 from 18 different victims, who were unaware their funds were not applied as intended. The majority of the stolen funds were from the victims’ IRA or 401(k) retirement accounts which were never properly rolled over to another independent financial institution. A small portion of the stolen funds were miscellaneous personal checks Garcia negotiated. One victim’s annuity account was systematically liquidated without her knowledge. As a result of the unknown withdrawal of retirement funds, some victims are also facing IRS tax penalties for the early withdrawal of funds and the failure to report income due to Garcia’s alleged actions. The majority of the victims had a close relationship with Garcia and three of the victims were 65 or older at the time of the theft.

The investigation determined the majority of stolen funds were deposited into business bank accounts controlled by Garcia and used instead for personal expenses, such as designer clothing, Disneyland season passes, restaurants, and travel. When the embezzlement was discovered, Garcia refunded monies to some of his victims and belatedly set up financial investments for others to cover his activities.

Garcia was booked into Orange County Jail and bail was set at $600,000. This case is being prosecuted by the Orange County District Attorney’s Office under the Life and Annuity Consumer Protection Program (LACPP).

Garcia is no longer licensed as an insurance agent.